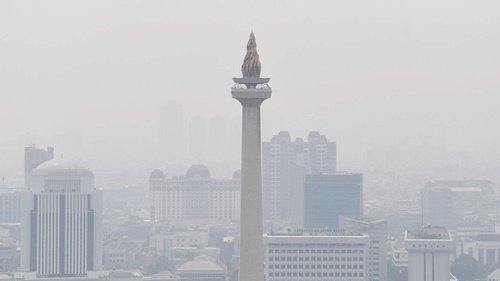 A recent study has claimed that the current severe air pollution in Jakarta could shorten the lives of its residents by over 2 years.

The latest Air Quality Life Index (AQLI), issued in March by the Energy Policy Institute at the University of Chicago (EPIC), has revealed that Jakartans could expect to cut 2.3 years off their life expectancy if current pollution levels are sustained over the course of their lifetime.

According to the AQLI, Jakarta’s air quality has declined significantly over the last 20 years and has become a major health problem. “From 1998 to 2016, the country went from being one of the cleaner countries in the world to one of the 20 most polluted, as particulate air pollution concentrations increased 171 percent,” the report stated.

Aside from Jakarta, which is mostly polluted by vehicle emissions, the report cited forest and peatland fires as major pollutants in other provinces in Kalimantan and Sumatra. Recently, Jakarta was named as the world’s most polluted city. Some had even filed civil lawsuits against the government.

Indonesia: Number of Tourists Increase by 16.57 percent in July