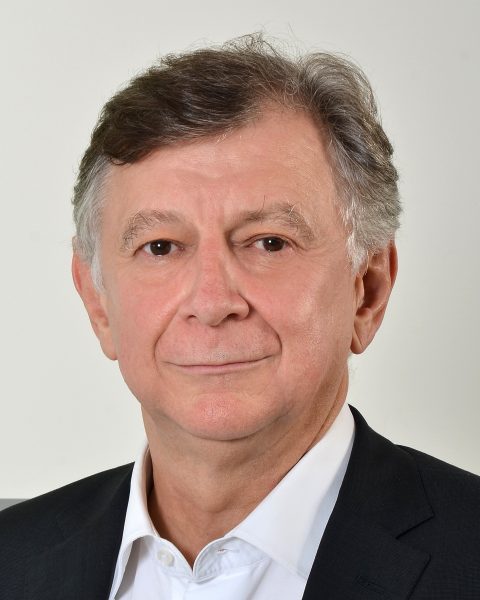 TAUZIA Hotel Management is best known for its four-star Harris Hotel, as well as budget hotel Pop!, and next month will see the opening of its first ‘netizen’ hotel, Yello. Born and raised by French entrepreneur Marc Steinmeyer, his vision is to export his Indonesian-born brands to other Asian countries.

Why did you choose Indonesia as the base of TAUZIA Hotel Management when it was born in the year 2001?

Previously I was with Accor as CEO for the region in China, India, Indonesia and Malaysia. I left Accor in 2001 to set up my own company in Indonesia. I was quite aware of the region and I had two options to venture into to start a big domestic network. In 2001 there was a big hospitality rush to China and as I like to go the opposite way of people, I crossed China off the list. Then I had the choice of India or Indonesia, but I was concerned about unpredictability of acquiring land rights in India, which can take years sometimes. In Indonesia, the downside at the time was that the country was off the economic radar, but I thought this was an interesting point and I decided to see this as a positive. It was the new era of Indonesia – democracy was on the rise – and due to a large percentage of the population being below 35 years of age, and I saw this as a huge potential.

I didn’t like the idea of retirement and I was over 50 at the time. I wanted freedom to be creative. In large corporations, the more senior you are, the better your package, which is something you become more and more concerned about – rather than your freedom. I didn’t want to be constrained by the system.

Being an entrepreneur in Indonesia is the same as anywhere else in the world. You need to be daring and have the courage to start from zero. Working for someone else you are like a bird in a cage – fed and watered and comfortable, but stuck. If you’re outside the cage, you’re free to discover your own world, but you have to find your own food, which I preferred to do.

Let’s talk about your hotel brands: Harris, Pop! and Yello Hotels. What is the difference between these brand concepts?

First, we had Harris, which was a 3-3.5 star investment with five-star service. My aim was that all my employees would be confident and efficient; if your staff are confident, the customer will ultimately be happy.

To fill the gap between Harris, the 4-star hotel, and Pop!, the budget hotel, I created Yello. The first hotel will be opened this July, with 12 hotels in construction. I believe people buy products due to the image that the product carries, which applies for hotels. My target is under 30 year-olds, and I see how Indonesians are technology addicts, so this hotel will be focused on this. I call it the ‘netizen’ hotel. My dream will be for guests to be able to download their own television content and music and include gaming in the rooms as well.

Where did the idea for the iconic green and orange theme of Harris Hotels come from?

Orange is a positive and energetic colour and we wanted to revisit the ‘60s. Green is not the main colour, but we needed to find the balance. If orange is the yang, then green is the yin.

You must have around 100 hotels across Indonesia now. Where are your key areas and where are you developing?

Yes, we have 110 hotels. Initially we focus on the quality of the relationship with the owners. Out of 110 hotels, we have only 30–40 owners. We focused on Jakarta, Bali, Surabaya and Java at the beginning and slowly, step-by-step, we went beyond this with the owners we already worked with. With this system, there is more understanding and less cultural borders. We have developed into Kalimantan but not in Eastern Indonesia.

Where in Kalimantan do you have hotels? What kind of hospitality industry development are you seeing in this particular region?

We have Harris Hotels in Balikpapan, Banjarmasin and Pontianak, with Samarinda opening next year. Indonesia is used to making its money from commodities, which ultimately has a shelf life and expiration date, and relying on commodities is not sustainable. The consequence of this is that those people who have made a lot of money out of commodities have had the time to shift to the property business.

Indonesia’s growing middle class, a majority population below 35 years of age, and budget airlines are spurring a local travel trend at the moment. Do you foresee this as further growing?

The trend will continue, but in the hospitality business over the last 5–6 years, there has been a tsunami of budget hotels. I think from this overexcitement of the budget hotel will start to go down. There are too many brands. The market will still grow, but the dream of the owners or developers in terms of how quick the return on investment (ROI) is was a bit overexcited because the land is too expensive, the costs are increasing, so the ROI cannot be as good as you were dreaming about, unless you have an exceptional location.

You’re an advocate for bettering people’s lives. Tell us how you do this through your company.

I think Harris has the responsibility to develop the awareness about healthy living to all our customers. From a marketing point of view, we should fight like hell to educate people about eating well, starting with our own employees then educating customers.

We also promote the arts in Indonesia through our brands. In Harris, we focus on photography and in Yello we will be focusing on street art, providing platforms for artists to display their work for everyone to see. We run a lot of competitions and will continue to do so to provide photographers and artists a chance.

Many people living in Bali are not happy with the massive scale of new hotels popping up everywhere. What do you think the real problem is here? Does supply overcome demand now in Bali?

Yes, there is an oversupply. The Government is busy with many other things. I think banks can play a role, because if they’re stricter on giving loans, this can slow down development. When money is too easy, this can be dangerous. Until 2010, the scars of 1998’s economic crisis still remained, and from 2010 we saw a healthy investment. From 2015, we’ve started to become over-confident and have forgotten the crisis of 1998. So now there will be some cleaning; bankruptcies, sales, but some people will survive. I think we will survive, however there will be some damage.

Can you tell us how Pop! Hotel utilizes solar power and reduces the consumption of paper and plastic? What else are TAUZIA and its brands doing to be environmentally responsible in these modern times?

We are doing as much as we can do at our level – it’s not easy to build an eco-friendly hotel in Indonesia, as the Government does not subsidize like they do in many foreign countries. Here, each time you try to do something that is environmentally friendly, you pay double the price. Nevertheless, we have buildings that reduce the heat from outside to inside. We also use solar panels to heat the water in the hotels and have proper water treatment systems. We don’t reach 100 percent because it is difficult to convince some of the hotel owners to adapt this method due to costs, but we never give up to fight for what we believe.

In the hotel we raise awareness about the environment to our customers. I believe the rubbish problem is a disaster and we have to educate our customers about this. People can also bring their used batteries to all our Pop! Hotels for recycling.

What is your company doing to continue to keep on top of changing trends in the hospitality industry?

We were the first ones to charge a nett rate at Harris, as well as charging for room only without breakfast. We do our best to think ‘out of the box’ – to be daring – but it’s not easy to keep up because people are very conservative. We want to create trends and not follow them.

And finally, what is your vision for the future – both personally and professionally?

Professionally it’s easy – I wish to expand our Indonesian-born brands to Asia. In the backdrop there may be a French flag, but the main mast is Indonesian. We see a lot of foreign hotel brands in Indonesia, but if we can be the first exporter of Indonesian hotels, I would be very proud. That’s my mission.

Personally, it’s the question of how I pass the baton to other people to share my knowledge and wisdom. I prefer to remain a good advisor and mentor in the future so that I am not running the company anymore. If I have energy, I would like to fight for the environment. I’m so sick of seeing what’s happening in the world in terms of the environment, so I would like to have enough spare time to focus on this.

To get in touch, please email: [email protected]