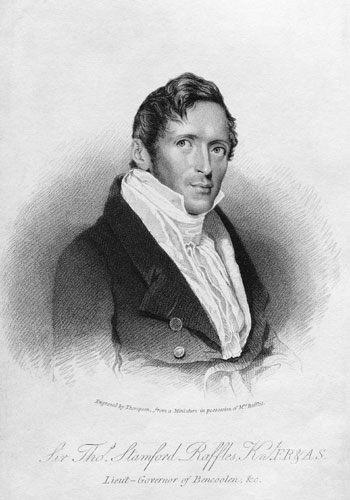 In 1602 eight early British expats were dropped off in what is now known as Banten Lama by the first voyage of the East India Company. They were told to make money and promised that yes, someone would return soon to pick them up.

By the time the second voyage called into the harbour, at that time the busiest in South East Asia, only two survived. Six had died while one of the remaining pair, Edmund Scott, was a nervous wreck after a tortuous three years where he had been too scared to leave his wooden compound. If it wasn’t fought with drunken Dutch sailors there were the blood-curdling cries of headhunters outside his hut or the yells of fire as unscrupulous traders tried to take his meagre stock.

While Scott was more than happy to return home with the second voyage his co-survivor, Gabriel Towerson, spent the best part of two decades in the Indonesian islands.

Back in the 16th and 17th century most of the traffic jams we now take for granted would have been unimaginable. Most of what we know as Jakarta was still jungle and as the early residents started to head south from the mouth of the Ciliwung it was obvious they would soon come into contact with animals. Big, wild animals made wilder by their habitat being destroyed.

In 1659 for example, 14 woodcutters were killed by tigers in Ancol. They also took some slaves but history hasn’t bothered telling us how many. In 1692 three young Europeans hadn’t been in Batavia long before they were being chased by a crocodile along a canal. Their only escape was to climb the gallows erected to take lives, not save them.

Late into the 17th Century, the government was paying out a bounty on any tigers, panthers and crocodiles killed in and around Batavia.

In 1811 the British invaded Java. At that time the Dutch were cosying up to the French and in those days the British never needed much of an excuse to have a pop at their eternal foes across the channel.

After mobbing up off Meleka the British, with a certain Stamford Raffles prominent, sailed south, past a Singapore that was pretty much deserted and headed east to rendezvous further south of Pontianak in Borneo. They hit Cilincing in August and set about their conquest.

Raffles was made Governor but rather than live and work in Batavia he elected to stay in Bogor. He would commute to town regularly enough though and with frequent change of horses, he could count on getting from Harmony in Bogor in about four hours.

Quite a lot happened during his short time in Java. He climbed Gunung Gede and fancied he could see both south and north coast of Java. He heard about a volcanic eruption thousands of miles to the east and sent a team to investigate what was later known as the Tambora explosion. And he also heard of some temple ruins being uncovered in the middle of the island and sent another team to find out more.

In 1828 a new statue was erected in what we know now as Lagangan Banteng. The single column featured a lion on top and the square around it was called Waterloo Square in memory of Napolean’s famous defeat in Belgium in 1815 against the British and Prussians. A similar monument was also erected near the actual scene of the battle but the tropical version was destroyed during the Japanese interregnum.

In 1883 a middle-aged Dutch family were getting ready for Sunday lunch one morning when all of a sudden a plate fell off the table and shattered into many pieces on the floor. At the time her husband was reading the Sunday paper. Then windows and doors started rattling and there was a low rumble.

The husband decided he needed to find out what was going on. It was his job, after all, to explain any out of the normal activity; he was the director of the Magnetic and Meteorological Observatory. he walked to his office and saw all his instruments and dials doing things that meant something big was happening. He didn’t know it yet but he was watching Krakatau blow itself apart.

William Thorn – The Conquest Of Java

A Heuken – Historical Sites Of Jakarta

The Ancient Temple of Gunung Padang