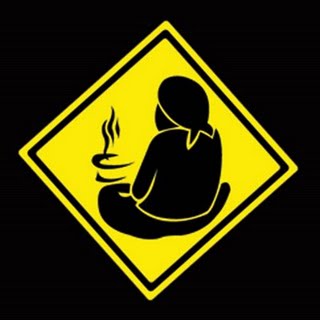 Want to get rich quick? Or cure an illness via alternative healing? Then think twice before visiting a friendly dukun (shaman). Why? Because he may molest you as part of the ‘treatment’ and then charge you for his special service.

With his long, lank hair, construction worker Budiyono (40) looks like the stereotypical dukun portrayed on Indonesian TV shows and in horror movies. He commenced his supernatural healing practice in the Central Java capital of Semarang five years ago. When clients were attractive females, they would be asked to undress, while he pretended to be possessed by ancient spirits requiring sex to work their magic.

His final client was a married woman who planned to open a beauty salon and wanted to ensure her business would be successful. A friend recommended she contact Budiyono, who boasted he could imbue her with good fortune through a special ritual.

Budiyono took the woman to a rented room to administer his “magic”. First, he read some prayers and incantations. Next, the patient was instructed to remove her clothes, lie down and cover herself with a ‘magical’ white cloth. The dukun then claimed to be communicating with powerful spirits, capable of granting wishes. He said the Prince of the South Sea would use his body to copulate with the woman.

The woman resisted and later reported the incident to police. Officers set a trap by inviting Budiyono to a salon to perform a ritual. He was arrested on November 16. Police then searched his house in Bugangan, East Semarang, and confiscated his numerous props, such as “magic” stones, beads, daggers, fabrics and leaves. Budiyono remains in police custody.

Four more married women, ranging in age from 27 to 35, subsequently complained they were also sexually assaulted by the same dukun.

One victim, identified only as D.N., went to Budiyono to be cured of an odour problem. After undressing, she was doused with flower water, and massaged from head to toe. The dukun said her ailment was caused by an invisible creature inside her body and it could be eliminated by ritual copulation. On that occasion, he claimed to be possessed by the spirit of Arya Tedja, an ancient Islamic preacher, desirous of sex. The woman consented.

D.N. said she paid a total of Rp.1.5 million for a series of treatments and was repeatedly molested. Other patients were charged between Rp.50,000 to Rp.700,000 for a session.

One woman refused to have sex with the dukun, so he conducted his treatment by fondling and licking her breasts and vagina.

Another victim told Budiyono she could not have sex with him because she was menstruating, so he asked her to provide some nude photos of herself, explaining he would conduct his treatment “long-distance”.

Budiyono told police that his molestation of the women was an accidental side-effect of his body being possessed by magical spirits. “I am descended from a sage. At the time, the spirit of Prince Arya Tedja entered my body. While it happened, I was semi-conscious,” he said.

Police suspect there are more victims. Budiyono could be charged with fraud under Article 378 of the Criminal Code, which carries a maximum four-year jail term. He may also be charged with obscene acts.

Budiyono boosted his income by selling bogus magical antiques, such as daggers and precious stones, for Rp.1 million to Rp.1.5 million. Police said the daggers actually came from an old iron fence.

The dukun claimed he could cure illnesses by using mustika stones. If genuine, these are gallstones or bezoars. Bezoars are small, hardened indigestible objects trapped in the gastrointestinal tracts of animals and humans. One type of bezoar can neutralize arsenic-tainted solutions, though it can’t cure illnesses. Bezoars are often caused by eating hair or unripe persimmon fruit and some can be broken down by drinking Coca Cola.

Confidence tricksters posing as new age healers pretend that bezoars, especially those from snakes and chickens, can improve luck, sexual prowess, health, wealth and gambling success. Such claims, of course, are nonsense.

Scams involving sex and stones are common. In August, a dukun in South Sumatra convinced a university student that her uterus contained a stone, which could only be removed if she had sex with him. After sex, the dukun stole the woman’s motorbike. The best remedy for such scams is a healthy dose of scepticism.

It’s All in the Mind