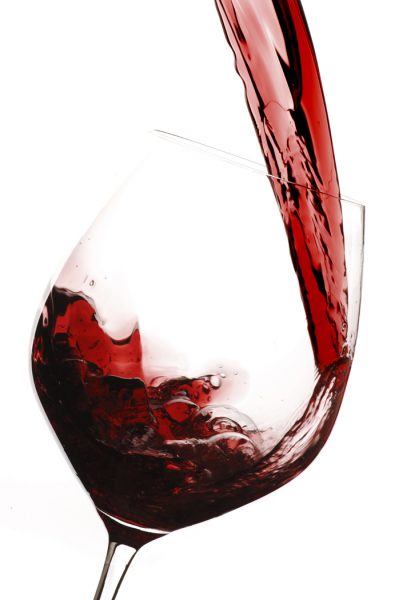 The jailing of an Indonesian man in the US earlier this month for selling millions of dollars of fake wine will not dampen Indonesia’s enthusiasm for overpriced and overhyped wines.

For newly arrived expatriates from wine-producing countries, one of the unpleasant culture shocks of Indonesia is the staggeringly high price of wine. For example, a bottle of Australia’s De Bortoli Cabernet Merlot that retails for A$4.95 (Rp.54,000), sells in Jakarta for at least Rp.330,000.

That’s chickenfeed compared to more prestigious brands. A bottle of 2009 Opus One, a Californian red wine, can be bought for $130 in the US. In Jakarta, the same bottle retails for Rp.7 million ($600). Wine is particularly popular among upwardly mobile women, many of whom view it as a classier alternative to beer – and less intoxicating than spirits – as a means of social lubrication.

The main reason for Indonesia’s high wine prices is excise tax of 150% and import duty of 10%. The government in 2010 loosened wine and spirit import quotas, but demand remains an estimated four times higher than official quotas, which means much of the imported alcohol still enters through the black market.

If Indonesia should bow further to demands by Islamic groups for bans on alcohol, then black market wine would become even more expensive. Ironically, Indonesia has a long history of making fermented beverages. Likewise, beer was invented in the Middle East.

When I lived in Israel, one of the easiest ways to make money was to buy cheap local spirits for the equivalent of about $1.50 a bottle, carefully pack a dozen bottles into my backpack, then go through Gaza and into Egypt. The booze could be sold in Cairo for sufficient profit to fund a week’s holiday. I once took a Scottish friend on this trip, but he made no money from the venture, as he drank half his merchandise on the way to Cairo and enjoyed the remainder along the Nile.

Having worked on vineyards in France and Australia, I learned a tiny bit about wine: drink whatever doesn’t cause a hangover, and ignore pretentious connoisseurs. As an editor, I occasionally deal with wine reviews, such as: “This superb wine opens to an exquisitely complex bouquet of red berries, delicate spices and a promising hint of vanilla. On the palate, it’s a delightful balancing act between well-structured tannins and lush quince, with an elegant finish redolent of toasty nutmeg.” Hogwash. It’s just a red wine, and it either tastes good (a pleasant blend of sweet grapes, sour acids and bitter alcohol) or bad (too acidic).

Scientific tests can identify compounds responsible for separate aromas within wine, but tests of blindfolded wine judges have found the same expert gives different ratings for the same wine. In another experiment, identical mid-range wines were served from an expensive bottle and a cheap bottle; not surprisingly, the experts claimed the “expensive” one was superior.

A Taiwanese friend last year brought to Jakarta a few cases of red wine from a new Balinese winery. It was the most repulsive wine I have ever encountered – far worse than the nasty red served from buckets on the Sabbath at an Israeli kibbutz. We could not even give it away.  “Best enjoyed upon release,” said the marketing spiel. Best poured immediately down the sink, would be more apt.

A few weeks later, I found a gourmet magazine praising the exact same wine as being perfectly suited to local cuisine. Possibly a mouthful of searing sambal would mask the terrible taste. Bali may be “the island of the gods”, but it sure can’t produce “the nectar of the gods”. Its grapes and climate are not the greatest for wine-making. Hence some producers import freshly pressed grapes from Australia to make a “blended” wine, which is more palatable.

Blended wines were the specialty of Rudy Kurniawan, who first entered the US as a student in 1993, and went on to become a top dealer of rare wines. From 2004 to 2012, he sold at least $30 million of faked vintages concocted in his kitchen. One bottle was sold for $231,000. This month he was sentenced to 10 years in jail and ordered to pay $28.4 million in restitution and forfeit another $20 million. He will be deported upon release. No doubt there will be a market for his expertise in Indonesia.