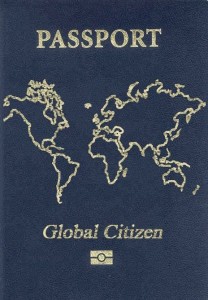 “Where are you originally from?” is a question new people often ask me. The simple answer is “Indonesia,” but then comes the follow-up question, “Whereabouts in Indonesia?” whose answer I could write a book out of.

In short, both my parents have different ethnicities and origins, but I was neither born nor raised in their hometowns. Half of my ancestors migrated here from other parts of the world at different points in time. And wherever I lived, I’m always either an expat abroad, or a domestic migrant in Indonesia.

Cultural identity has always been a complex issue for me. But that doesn’t mean I’m any less “Indonesian” than the next person.

The so-called “Indonesian identity” is summed up in the country’s motto: Bhinneka Tunggal Ika (Sanskrit: many, yet one). If you make a cut out of Europe from the world map and place it over Indonesia, you would engulf a dozen countries between Sabang and Merauke.

Nusantara used to be hundreds of kingdoms with separate cultural identities and languages, before others chose to group us into one: the emperors of Sriwijaya and Majapahit, the European and Japanese imperialists, and the independence movement of the early 20th century, initiated by Indonesia’s founding fathers.

As a 1990s child, I felt that the education system of Suharto’s era was constantly brainwashing schoolchildren with the “Ind-ONE-sian identity” and that my unique experiences and interpretations were often discredited. Yet the same schools were preparing me for the emerging “global era” where Indonesians are supposed to internationally compete in the free market of the new borderless world.

Back then, I took almost everything Indonesian for granted and focused on trying to become this worldly global citizen. Perhaps it took my travels abroad as an adolescent to finally appreciate where I’m coming from. I learned that the grass isn’t always greener on the other side. And people actually do think my country and nation are beautiful, in ways I probably didn’t think of myself. They have genuine questions for me to answer, or at least to discover with them.

I moved to Jakarta in 2007 and studied Performing Arts Communication at a local university which positions itself as having an “international” atmosphere (although the more they pretend to be London, the more I’m reminded that this could only be happening in Jakarta).

There is nothing wrong with my campus’s branding, but I noticed a problem when our classes became more about copycatting trends from American and British pop culture rather than cultivating genuine artistry. So I started searching for authenticity in the local performing arts scene. I found that authenticity usually happens when artists are connected to their cultural roots and create something personal that others can’t.

In my final year, I wrote a thesis on the cultural identity of Indonesian teenagers educated in a Western setting. The international school next to my then-office claimed to equip its students to become future “servant leaders” who are sensitive to the social realities of their home countries, but also capable of excelling in future top careers anywhere in the world. I observed the middle school’s music class and requested to interview three students who are Indonesian citizens, have two Indonesian parents, and speak Indonesian at home.

The first, a seventh grader, spoke fluent Indonesian. Her eyes danced when we discussed her interest in traditional Indonesian music. However, she admitted that finding teachers who could teach her the historical context of Indonesian instruments was difficult, so now she’s focusing her studies more on Western classical music. Later, she struggled with her Indonesian and broke into English when we addressed more complex ideas. She expressed her resentment of the school’s “English immersion policy” that repressed her right to express herself in Indonesian.

The second was an eighth grader. I thought I interviewed her in Indonesian. So I italicised English in the transcript and ended up with 80% italics! And the 20% non-italics were grammatically atrocious. She thought that Indonesian is unsuitable for academic instruction or the expression of fine, advanced ideas (I disagree) because the only “normal Indonesian” she’s exposed to is street-level Jakarta slang. And she thought that cultural preservation means watching a traditional dance on a holiday in Bali and telling her friends about it.

The third, a musically gifted ninth grader, greeted me with a “Can we do this in English? My Indonesian is not so good.” I wanted to laugh, but apparently it wasn’t a joke. She shocked me by proclaiming herself as an “American-based Indonesian” after spending her previous eight years being homeschooled with US curriculum. The only people she speaks Indonesian to are her pembantu and sopir. She did, however, express regret for not being more knowledgeable of her country’s history, culture, and language; and hoped to make up for it by reading books and travelling.

I’ve had experiences similar to that of each girl at different points in my life (except that my Indonesian is currently more fluent than English). And I probably will never be the Indonesian expert I wish to be. But I try to learn something new about my country every day, appreciate it with fresh eyes, and live to tell its story. I hope the girls interviewed will also grow in their love for Indonesia in their own journeys of self-discovery.

I could discuss more findings from my 180-page thesis, but conclude that no two “Indonesian identities” are identical. Rather, identifying as “Indonesian” is the choice to call this country home and do one’s best to do good things for this nation, whatever that may mean. But surely that goes for other nationalities as well. And if you’ve been immersed in a culture other than your own, whether as an expat abroad or in an international setting at home, the experience often makes you re-evaluate your values and how you view your national identity.

Jamaican politician Marcus Garvey said, “A people without knowledge of their past history, origin, and culture, is like a tree without roots.” Being a Third-Culture Kid who struggles daily with multiple identities and questions like “Where do I belong?” I believe what really matters is not forgetting where you come from. It defines who you are and what you do no matter where you go. It gives your present meaning and lends you the courage to face wherever your future will take you.