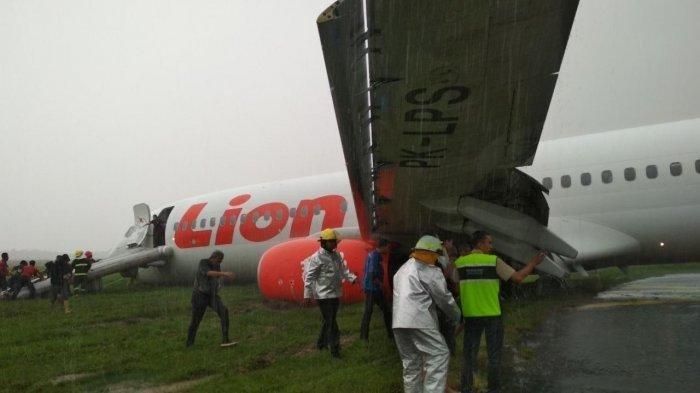 A Lion Air passenger plane skidded off a runway outside a city on the Indonesian island of Borneo on Saturday during heavy rain, the airline said, adding no one was injured.

The aircraft was operating a Jakarta-Pontianak service, with 182 passengers and seven crew members onboard, Lion Air spokesman Danang Mandala Prihantoro said in a statement.

The Boeing 737-800NG plane skidded off the runway as it was trying to land at Supadio International Airport, a regional hub airport that services a small number of international flights.

Local media reported the accident led to the closure of the runway. Representatives for Supadio airport as well as Indonesian air traffic control provider AirNav did not immediately respond to requests for comment.

Lion Air, the market leader in Indonesia, suffered the crash of a Boeing 737 MAX jet in October. According to the Aviation Safety Network, it has had 11 safety incidents since 2002.

Prihantoro said Lion Air was working to evacuate the plane and that visibility had met landing requirements.