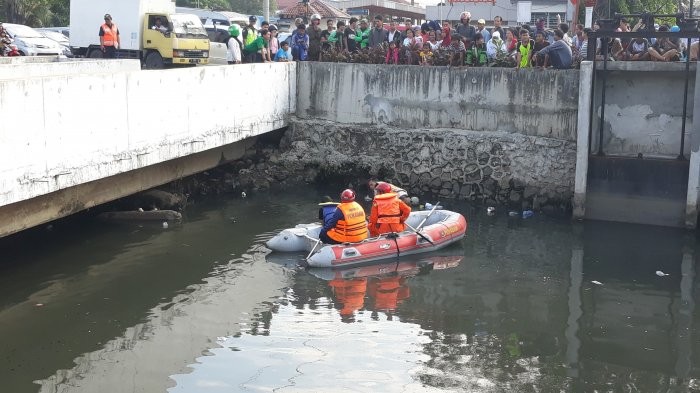 A joint force from the city administration and the Environment and Forestry Ministry (KLHK) say that crowds of onlookers, some throwing stones, have hampered efforts to catch crocodiles spotted in the Grogol River in West Jakarta.

“We have led a crocodile toward the sluice gate but failed to catch it as some of the crowd threw stones at the animal,” said Widodo, an official from the ministry, as quoted by kompas.com on Thursday evening.

Residents saw a large crocodile in the Grogol on Thursday morning, at around 10 a.m., and recorded the finding, with reports that another two crocodiles were seen in the river later.

As of Thursday afternoon, the team had yet to catch any of the reptiles.

Widodo said the authorities would erect a sign warning residents about the crocodiles’ presence should the joint team fail to catch them in the next seven days.

Separately, Governor Anies Baswedan said there was an indication that the crocodiles were formerly kept as pets and had been released by their owner because he could no longer keep them at home.

Anies said he would assign officials to check the houses of alleged crocodile keepers. “Such wild animals should not be kept in residential areas,” the governor said.

Who is Ahok? Supporters and Psych Experts Weigh in on Jakarta’s Controversial Governor