Match-fixing, mismanagement and political meddling have ensured that football-mad Indonesia remains a dormant giant on the international scene.

The following list is chronological, rather than in order of disgrace.

PSM Makassar dominated the Indonesian league in the late 1950s and early 1960s. Among its stars were several national squad players, including Ramang. The Lionel Messi of his day, Ramang was famous for his bicycle-kick goals and is considered the greatest Indonesian player of all time. PSM’s winning ways and image were shattered in a match against East Java’s Persebaya. After taking a 3–1 lead, PSM’s strikers began ignoring scoring opportunities and allowed the game to finish at 3–3. An inquiry by PSM found Ramang and his teammate Noorsalam had fixed the match for a gambling syndicate. The two were suspended for a year. The Football Association of Indonesia (PSSI) imposed no sanctions, prompting suspicions of complicity. Some clubs, such as Persib Bandung, started recruiting senior military personnel as team officials, hoping this might protect their players from enticements by match-fixers. Founding president Sukarno had his heart set on football gold when Indonesia hosted the 4th Asian Games in 1962. Preparations started years in advance. Hotel Indonesia, the Welcome Monument and Senayan Stadium were all constructed. The national team had been nurtured for almost a decade by Antun ‘Toni’ Pogacnik, a former player for both Croatia and Yugoslavia. He assembled a squad of Indonesia’s 30 finest players. Warm-up games were played against European and Asian teams. In January 1962, Indonesia thrashed Thailand 7–1. The following month, Indonesia was expected to defeat South Vietnam. But on the eve of the match, 16 members of the squad were dropped on suspicion of receiving bribes. Ten of the best were found guilty and received lifetime bans. Left with just 14 players, Indonesia lost 1–2. Five months later, Indonesia could not even reach the semi-finals of the Asian Games, losing in its group stage to arch-rivals Malaya.

In 1997, the coach of Persikab Bandung, Endang Sobarna, blew the whistle on rampant match-fixing involving referees. PSSI in 1998 formed an inquiry and found the head of its Referees’ Committee, Jafar Umar, and 14 other referees had been rigging results. Jafar had long been rumoured to be the godfather of match-fixing, receiving “tributes” from managers in professional and amateur leagues. Police dropped an investigation into the case after PSSI imposed sanctions. Jafar received a 20-year ban from football. He claimed he was merely a scapegoat for PSSI officials who controlled the match-fixing. He died in 2012 without ever publicly naming the officials. Match-fixing allegations continue. 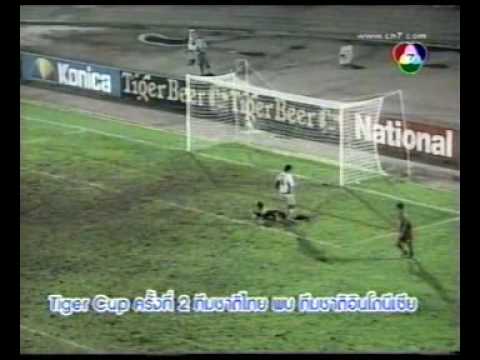 Indonesia and Thailand both wanted to lose the last game of their group phase in the Tiger Cup. The winner would have to play a semi-final against hosts Vietnam in Hanoi, whereas the loser would face the seemingly easier prospect of Singapore. In the second half, both teams scored amid some half-hearted defence on a muddy field. With the match tied at 2–2 after 90 minutes, Indonesian defender Mursyid Effendi deliberately kicked an own-goal in injury time, giving Thailand an unwanted 3–2 victory. FIFA fined both teams US$40,000 for violating the spirit of the game, and Effendi received a lifetime ban from international football. Singapore ended up defeating Vietnam 1-0 in the final. From 2003 to 2011, PSSI was run by Nurdin Halid, a notoriously corrupt businessman and official of the former ruling Golkar Party. In August 2005, he was sentenced to two years and six months in jail for rice smuggling that cost the state Rp28.5 billion (then equivalent to US$3.1 million). He continued to run PSSI from jail and was released in August 2007. The following month, he was sentenced to two years in jail and fined Rp30 million (US$3,200) over the embezzlement of Rp160 billion (US$17.8 million) in state funds allocated for the provision of discounted cooking oil to the poor. He remained at the helm of PSSI and was released in November 2008. In 2011, FIFA (itself no stranger to corruption) eventually decided Nurdin might not be the best person to be running Indonesian football and banned him from standing for a third term as PSSI chairman. Also in 2011, a court in East Kalimantan revealed Nurdin had trousered Rp100 million embezzled from a local club. Nurdin recently ran for governor of South Sulawesi province on an anti-corruption platform. The Indonesian Premier League (IPL), supervised by Nurdin Halid’s PSSI, was thrown into turmoil in 2010 when the breakaway Indonesian Super League (ISL) was formed by oil tycoon Arifin Panigoro. Some clubs tried to play in both leagues. Some went broke as sponsors shied away. Two foreign players died, unable to afford medical treatment after being unpaid. Most of the country’s best players joined the ISL, so PSSI prevented them from playing for the national side. FIFA finally intervened and the two leagues merged in 2014 as the ISL, while the IPL disbanded. 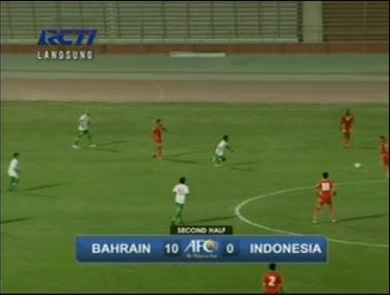 Coming into the match, Bahrain needed to score at least nine goals in order to have any chance of progressing to the next round. Indonesia could not advance, having conceded 16 goals (and scored 3) in losing its first five matches in the group. Within three minutes of play, Indonesian goalkeeper Samsidar received a red card. Bahrain went on to hand Indonesia its worst ever defeat. Speculation was rampant that Indonesia had thrown the game. PSSI had fielded an inexperienced squad, as players involved in the rebel Indonesian Super League were banned from selection. Indonesian coach Aji Santaso received a four-game ban and was fined 6,000 Swiss francs for claiming the Lebanese referee had been bribed. FIFA conducted a match-fixing investigation but never announced the result. Indonesia’s previous worst loss had been 0–9 to Denmark in 1974. 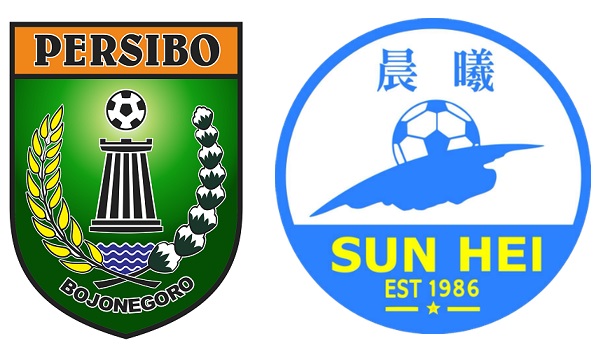 Trailing 8–0 in the second half, East Java club Persibo was unable to stop the onslaught by Hong Kong’s Sun Hei. Suddenly, Persibo players started collapsing, pretending to be injured. With only six Persibo players left on the field, the referee was forced to abandon the match in the 65th minute, awarding victory to Sun Hei, as rules state a team must have a minimum of seven players to continue a game. Persibo had not wanted to be in Hong Kong because it lacked sponsorship for flights and accommodation. But the club would have been fined for a no-show, so 12 amateur players were flown out at the last minute. The club could not afford to pay its three foreign stars to play abroad. Coach Gusnul Yakin apologised for the team’s performance, saying the players were affected by their late arrival on the morning of the match and by a lack of funds. Some fans suspected the score-line was engineered for a betting syndicate. Neither PSS Sleman nor PSIS Semarang wanted to win this eighth round group play-off because the victor would have to play Borneo FC, a club reputed to be backed by a local mafia and crooked referees. After 85 minutes, the score was still nil-all. Desperate to lose, PSS players kicked two own-goals in three minutes. PSIS immediately responded with three-own goals in the next three minutes, handing PSS a 3–2 victory. Both teams were disqualified for the remainder of the season. The two coaches were each fined Rp200 million and received lifetime bans. The own-goal scorers were also fined. In May 2015, the International Federation of Association Football (FIFA) banned Indonesia from official competitions because the government had suspended the now-official Indonesian Super League and PSSI amid a dispute over the eligibility and ownership of two clubs (Persebaya and Arema). The ban meant Indonesia was unable to contest qualifying campaigns for the 2018 World Cup and the 2019 Asian Cup. FIFA lifted the ban in May 2016. As of June 2018, Indonesia’s FIFA ranking was 164 out of 206 countries. That’s an improvement from its worst ever ranking of 191 in July 2016. Indonesia’s only World Cup appearance was as the Dutch East Indies in 1938. They automatically qualified after Japan withdrew and the United States pulled out of a play-off match. The Indies were then knocked out after losing 0-6 to Hungary.

Five Things to Consider before Having Plastic Surgery

Fasting: From Health to Happiness