When I first came across Tommee Balukea, the internationally acclaimed musician was playing an acoustic set at Crystal Palace bar on Double Six Beach.

Tommee Balukea is the business-minded, 51-year-old ‘Bob Marley’ of Indonesia, born in the jungles of Bima, Sumbawa in 1962, to a Christian mother and a Muslim father. Thanks to his innate musical talents, Tommee has been living in Queensland, Australia for 28 years as an expatriate, spending his free time snow skiing.

Growing up in Bali since 1992, Tommee soon learned how to speak Balinese, and during his schooling in Denpasar, a teacher introduced him to percussion and drums, which led him down the path of musicianship and playing festivals overseas. He began to experience life on tour in cities unknown to him. His biggest challenges were the language barrier and how to behave within a foreign culture. By learning to speak English, Balukea’s life was changed forever.

These days, the laid-back man who hailed from a jungle speaks six languages fluently. Tommee is a natural musician, who has never had any musical training. To write his songs, he uses his gifts, such as a good sense of rhythm, an acute ear, and a natural interest in the people he meets while travelling the world.

Tommee’s music evokes images of the simple Indonesian village life. It is full of traditional stories and independence. A familiar mix of roots, reggae, Latin and Afro beats blended with innovative guitar strings, the musical journey will take each listener on a personal voyage to exotic lands. Tommee has given outstanding performances in Australia at the Woodford Folk Festival (2003-6), Womadelaide (2006) and the Byron Bay Blues and Roots Festival (2009).

Balukea’s sixth CD, Recipe, contains styles of music from islands of Indonesia, the Caribbean and other island moods. He sings in three languages, Bimanese, Indonesian and English. The tracks are named after the ingredients in his favourite food, which is of course Palumara, his grandmother’s fish soup. 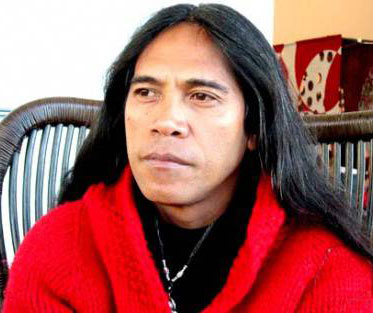 What had an influence over your music?
My music was influenced by my island life in Bali, with the traditional sounds of the gamelan. I would sit in a rice field under a coconut tree and play my music, which was a big part of my life by then. At 12 I started to learn Spanish guitar and drums. I began learning music on my mother’s kitchen equipment.

What was your first real instrument?
My first real instrument was a drum kit, and by age 18, I was a professional entertainer at a venue in Kuta, Bali, playing with African friends. I appreciate Bob Marley for the way he wrote his lyrics and Jimmy Hendrix for his style.

What is a kecapi instrument?
The kecapi is a 20-string instrument from West Java. I knew the kecapi existed and I had always wanted to learn to play a string instrument, so I taught myself and then went on to releasing five albums using this instrument. I also play guitar, cello, and percussion in various different styles, self-taught.

What do you write about?
Some of the tracks are named after the ingredients in my favourite food. Most of the lyrics relate to my happy childhood memories. They are quite philosophical. 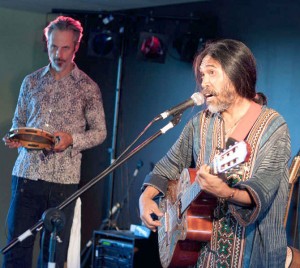 Where were you educated?
I credit my grandmother for my luck and success in life. She was illiterate and owned a lot of land on the island of Sumbawa, and with that wealth she made sure that all her children, including my own father, got an education. My father became a judge, eventually working in the Supreme Court in Jakarta.

Describe Bima in Sumbawa.
Bima has several tourist destinations, such as Mount Tambora, Wawo traditional Village, and Snake Island. There are many white sand beaches, both in the northern and southern parts of Bima, with beautiful scenery. Its main attraction is the Sultan Salahuddin mosque. Foreign visitors are more attracted to visit Hu’u beach for surfing or Tambora volcano for hiking.

Did you teach yourself how to produce music?
I taught myself all aspects of producing a music CD, writing the lyrics, playing the music, creating the arrangements and the post-production mix.

Which countries have you visited while on tour?
My solo performances have taken me to the Peats Ridge Festival (2006, 2007 & 2009) as well as tours of Indonesia, Canada, Europe and Japan.

Who have you toured with recently?
Recently I toured with an exciting new rhythm section of Rory Brown on the Double Bass and Walter Piccolruaz on the Pandeiro.

What would you like to do next year?
My fourth album has been released and is called Material is Thick. Next year, I would like to set up my own studio and to continue touring the world.

Where can people buy your albums online?
https://soundfoundation.com/artists/tommee_balukea