Are you bored with watching your children’s boredom as they play boring video games?

Do you send your children emails to tell them that it’s bedtime?

When you decide to spend your weekend in Puncak or Pelabuhan Ratu, do they keep asking, “Are we there yet?”

If you answered ‘yes’ to one or all of the above, maybe it’s time to reconnect as a family circle and to communicate face-to-face.

When you were children, you didn’t have the Internet, let alone smartphones. Unless you lived in a war zone, the world was a safer place and you had a park or street to play in with your friends. You probably played board or card games in each others’ homes, rather than hyperspace. Then there are pencil and paper games.

Rules are made to be broken!
None of the following activities have fixed rules, but you must think of the available space and make rules to avoid breakages of ornaments and limbs. The basic idea behind all of these games is to communicate. No one has to win or you’ll have a bunch of losers. However, if you think that someone needs a confidence boost, then rig the ‘rules’ so that s/he ends up feeling better. If your teenagers think the games are “too childish”, then bring out your own inner kid so they’ll be less bashful!

Words
Many years ago, having climbed to the peak of Gunung Batur in Bali, my son and I headed for Lovina beach where I treated myself to a massage given by an elderly deaf-mute woman who walked up and down my back. What lingers longer in my memory than the pain was that we communicated very well. She told me, “When I was a child, I was a good dancer.”

Yes, we communicated in body language, with few recognisable gestures. 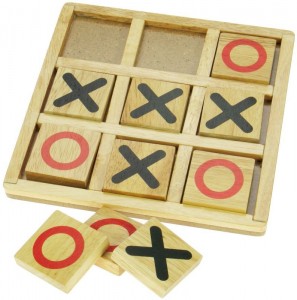 Mime Messages
Similar to Charades (guess the book or movie title), the mimer says nothing – but is allowed to laugh. Whoever tells the mimer the exact sentence gets a point and then takes centre stage to mime another sentence involving lots of movement.

On The Road
These are a few ideas for when you’ve all got tired of playing I-Spy or counting the number of folk on motorcycles not wearing a crash helmet. No equipment, apart from brainpower, is needed.

Some thirty years ago I joined a group who travelled overland from London to Marrakech in Morocco. It was a very long journey, and I can still remember the “can of distemper”!

Alphabet Soup
A-Z of topics
Eg. Fruits: A is for apple, B for banana, C is for ….? and so on.
Other topics: places, vegetables, colours, animals, etc.

“Grannie doesn’t like T …
… so, what can we give her instead?”
Chocolate is a wrong answer, as is water.
However, cocoa and coffee are good answers because they don’t include the letter ‘t’.
Try with other topics.

Word Chain
The last letter of a word, or the last two letters for a more literate group, becomes the first letter of the next. eg. gamElephanTraiN… or gaMEaNT. Anyone who repeats a word or who can’t go – and no word starts with NT – is ‘boinged’. Keep score.

Outdoors
If you’ve got a garden, so much the better, but if not, or if it’s raining, with care most of the following can be adapted to fit available space indoors.

But not a good water fight! 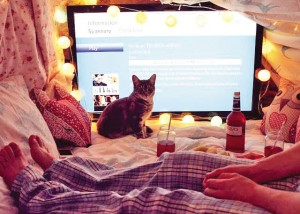 ‘Sports Day
Rules in official sports are amended with great regularity, so feel free to adapt whenever and however you wish. Think of the variations between tennis and badminton, or hockey and cricket, or volleyball and sepak takraw.

How about one-legged football or making bats and balls out of scrunched-up newspapers? Try tossing flip-flops into a bucket, long-distance hopping, walking backwards relay races, paper-plane making and throwing for distance or nearest a target.

Treasure Hunt for ‘Found Objects’
These could be alphabetical, things that all begin with a certain letter, or by type, eg. empty jamu sachets, water bottle labels (I’m still looking for the ‘Wet’ brand once spotted in Tomang.)

Build a den
A table covered with old bed sheets will do. Alternatively buy a cheap tent; they can often be bought along a Jakarta roadside. Dens can be used as rewards, as ‘sin bins’, a magic castle, a time machine…

Or a museum for displaying collections of, say, seashells, or found objects. Or an exhibition space for works of art, perhaps sculptures made from found objects.

Remember to have fun!

Note: Most of the above are ‘all my own work’. However, if you’re still stuck for ideas, check out some of these free e-books: http://ebooksgo.org/free-recreation-ebooks.html

Motorist Draws a Knife on Police in Mask Violation