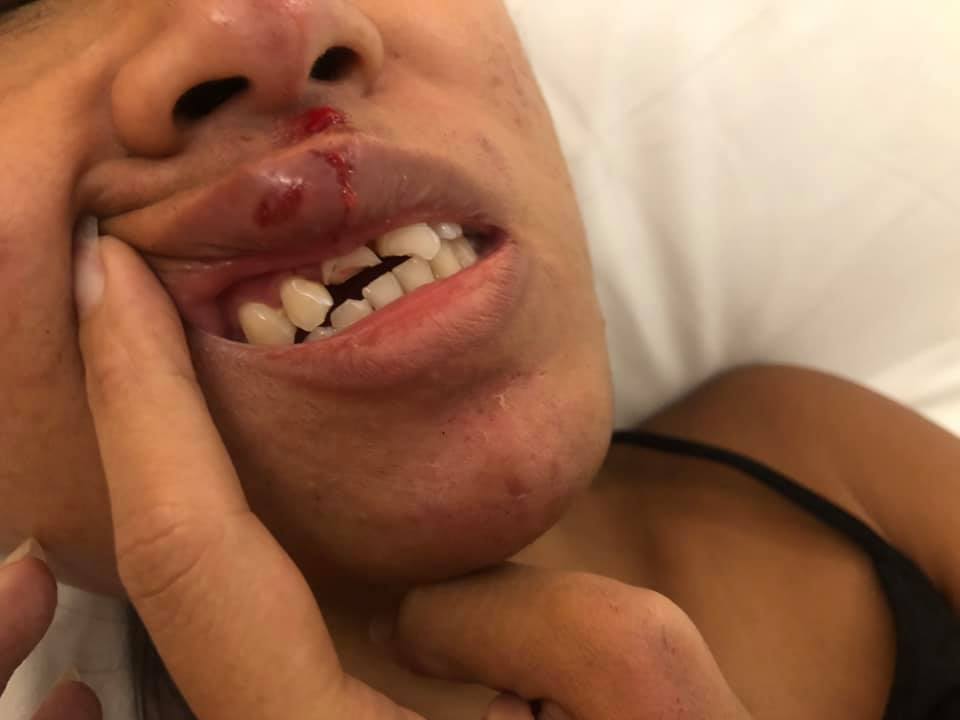 NOTE: This story is told solely from the victim’s perspective. Other parties were not able to comment.

Violence and robberies have always been an issue in Bali. Unfortunately, there’s one underlying issue most foreign residents of the island struggle to comprehend and deal with: the lack of attention given by the Indonesian authorities and government to overcome the island’s criminal situation.

Recently, Jeremy S. McQueen shared in a Facebook group about a horrifying attack that led to him and his girlfriend suffering injuries whilst driving around Canggu on Monday 19th April. A nearby hotel CCTV has since confirmed that the attack occurred at 8:15pm local time.

“My girlfriend and I were attacked by notorious Bali thieves that have been mentioned on Facebook before. We did not have anything noteworthy to steal. We were not holding phones or bags. And we were on a busy road with many bikes and people so these attackers had zero chance of robbing us in a stand-up situation,” wrote Jeremy in his post.

The couple was driving northbound on Jalan Batu Belig, near Cabina, when the attack occurred. A large motorbike with two average-sized men, perhaps on an NMAX, pulled alongside the couple.

Jeremy isn’t able to give a detailed description of these men. It’s not been possible to determine if they were local or foreign; their features were not clearly visible and the pair were dressed in black from head-to-toe – black pants, black jackets, and dark helmets.

“The man on the back of the motorbike grabbed the front of our Honda and just attempted to push us off the road. We braked and the force caused us to fall in the middle of the road,” explained Jeremy.

Composing themselves after the fall, they discovered they had road rash injuries all over their legs and arms. Jeremy injured a tendon in his shoulder and blacked out from shock. His girlfriend fell and broke her helmet, has now got a broken front tooth, and a seriously swollen head.

They’ve received treatment for their injuries and are still trying to locate CCTV footage from the Batu Belig beach intersection to get a clearer visual of the motorbike and the attackers.

“My girlfriend and I have read all of the past incidents posted on Facebook groups. We discussed those incidents many times. But we did not think this was more than petty thieves until Monday. These attackers are seriously committed to hurting people, not just stealing,” wrote Jeremy.

A police report was filed the following day. Alas, no further word has since been received nor has an investigation been confirmed by local authorities.

Meanwhile, similar attacks to Jeremy’s occur often and these experiences are widely shared on social media to raise awareness to fellow foreign and local residents in Bali. Following Jeremy’s post, another person responded with a similar story at the same location.

Jeremy finds it ironic that similar attacks occur so easily whilst under the watchful eye of authorities. “There are many people here filing police reports everyday about this kind of violence and robberies.  We need to get the attention of the government.  And sadly, the only way to do that is to jeopardise its tourism dollars,” concluded Jeremy.

Have you experienced an attack or robbery in Bali or elsewhere in Indonesia? Contact us with your story [email protected], which can be published anonymously.