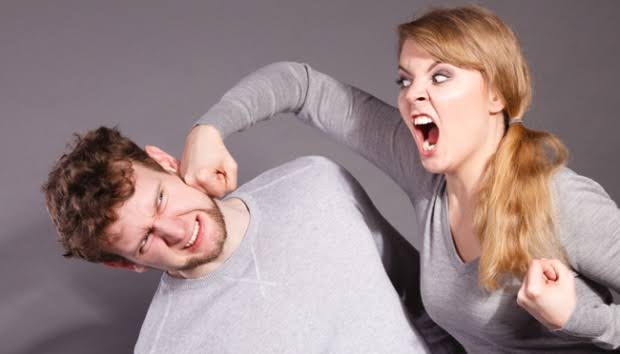 A woman in Probolinggo, East Java, had been arrested by local police based on allegations of domestic violence.

“Nur Fairda, 30, fought with her husband, Syamsul Arifin, 34, about financial problems and suspicions of an affair. They often got into fights,” said Probolinggo Police Women and Child Protection Unit Head, Isyana Reni Antasari.
According to Isyana, Nur punched and pushed Syamsul, with his head hitting the edge of a table on the way down. When he was lying on the floor, Nur repeatedly stomped on her husband’s crotch until he fainted.

Syamsul was taken to a local hospital, where he recovered consciousness and is on the way to making a full recovery. His family filed an official police complaint against Nur for domestic violence.

Police say they’re still investigating the case and have not filed formal charges against Nur. Under Indonesia’s Domestic Violence Law, physical assault by a spouse is a crime punishable by up to four months in prison if the victim does not sustain long term debilitating injuries, or up to 10 years if they do.