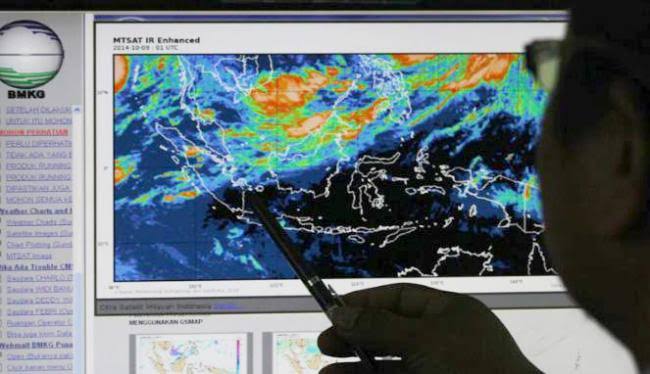 The Meteorology, Climatology and Geophysics Agency (BMKG) has said seven regions are on standby to be potentially affected by heavy rains over the dates of 24-25th February 2020. Most of the areas affected are in Java.

“Yes most of them are in Java island, and related to vigilance, almost all are on standby level, including the DKI Jakarta area today and tomorrow, as well as Central Java and East Java,” BMKG researcher, Ida Pramuwardani, said.

According to BMKG, the seven provinces which have the potential for heavy rain include Bengkulu, South Sumatra, Banten, DKI Jakarta, West Java, Central Java, and East Java. The status for these seven areas is on standby. Meanwhile Jambi, D.I. Yogyakarta, West Kalimantan, Central Kalimantan, and South Sulawesi are on alert level.

The effects to be aware of due to the heavy rains include difficulty in driving on the highway, the possibility of some community groups being isolated, low bridges that cannot be crossed, and disruption of roads due to flooding and closures.

Therefore, BMKG has appealed to the public to be careful when doing activities outside their home, keep up to date with information through mass media or social media, and not to do outdoor activities if not urgent.

See: Indonesia in Peak of the Rainy Season