The Constitutional Court of Indonesia just announced new regulations on the rights for international couples related to prenuptial agreements and property ownership.

On October 27, the nation’s Constitutional Court agreed to allow international couples to make prenuptial agreements in the middle of the marriage process, or even after they are married. This means that local-foreign couples who did not have prenuptial agreements before they were wed will now have the chance to claim rights to their property and assets after the fact. 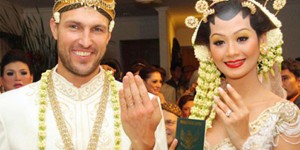 Not only in Indonesia, but international couples all across the globe have also been facing similar challenges of staying in a certain country. In 2010, Eurostat conducted research in 30 countries on international marriages.

In Indonesia, there have been more cases of dual citizenship, and stakeholders have been calling on the government to conduct a judicial review on the matter.

Nia K. Schumacher, a member of local international marriage group Aliansi Pelangi Antar Bangsa said in October that the rapid growth of mobility around the world will certainly give rise to mixed marriages in the near future.