Most articles about diving in Indonesia wax lyrical about the beautiful, warm, inviting underwater world, with a myriad variety of fish and corals of kaleidoscopic colours, et cetera, et cetera.

This is entirely justified, as Indonesian diving is one of the best dive destinations in the world, especially as it is so accessible. The combination of the quality of the diving, accommodation and people is exceptional and so much better value for money than most other Oceania destinations like Australia or Papua New Guinea.

But there are some dangers, or at least hassles, even in this paradise. This article runs through some of them.

Some of the currents in Indonesia are formidable, notably in Komodo and Bali’s Nusa Penida. Drift dives, where you cruise at roughly the same depth, are exhilarating and fun, but not really that dangerous. The currents to avoid are those that drag you down deep extremely rapidly, which is bad enough, but then sometimes take you up far-too-rapidly again, risking decompression sickness.

The worst ‘drag you down’ currents I have experienced was long ago on a liveaboard in Komodo. This was the boat’s maiden trip to Komodo. The crew had not worked out how to properly prepare for diving. They relied too much on dive tables, wanting to get the guests in the water at fixed, regular times convenient for mealtimes. I have been to Komodo many times since then and my preferred liveaboard always checks out the dive beforehand, adjusting the dive time if necessary.

Obviously, the best thing to do is to avoid the downward currents. Easier said than done, but it helps to watch fish; if they are swimming very erratically, at funny angles, be wary. And don’t be at the front of a group of divers — let someone else ‘test the waters’, literally. Also, be very cautious at corners of reefs; the up and down currents seem to be more active at corners. If you are approaching a downward current, turn around, or ascend, as close to the reef as possible.

But if you get caught in a bad current, focus heavily on your depth gauge and, using your BCD inflator, get to the surface as safely as possible (including doing a safety stop). Don’t fight the current. Most currents die out much more quickly than you imagine. 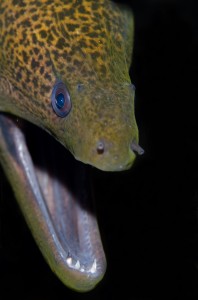 This is a real issue, especially if diving with operators who don’t maintain their equipment as much as they should. If something important seems to be not working properly, especially if your regulator or BCD, don’t dive.

This self-discipline can be difficult, especially if you only notice a problem when in the water. If you do decide to continue with the dive (definitely not recommended), stay shallow (less than 12 metres) and at least make sure you have signalled to your buddy (and dive guide) that you have a problem, and dive close to them at all times, aware of where their spare breathing octopus is – make sure it is not tied up or zipped into a pocket.

I have never been (badly) bitten or stung whilst diving in Indonesia. I have, though, had a handful of experiences which had a reasonable chance of a bad outcome. All those experiences were due to my stupidity.

If one examines diving fatalities, they are nearly always due to human error or equipment failure — not by sharks or deadly critters. In other words, if you follow some fairly straightforward rules (don’t touch or harass the wildlife), the most dangerous thing in the water is yourself.

Resorts and liveaboards are often in remote places. Whether it be bungalows or liveaboards, poor aircon systems seem to be a major source of problems. I was recently on a 12-day liveaboard trip (with one of the most expensive liveaboards in Indonesia) when the central aircon unit went down on day two. The boat’s management was unsympathetic, non-communicative and offered inadequate compensation. I will never again go with that operator (they have two boats with the same design flaw), nor any boat with a central aircon system (uncommon, for good reason). This was not life-threatening, but to be at sea for 10 days without aircon makes you realize that when on a liveaboard, you really are at the mercy of the Gods of bad maintenance and incompetence. 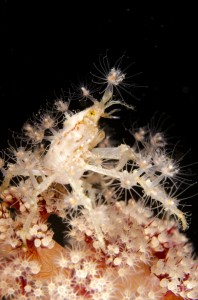 Other guests are again not generally ‘dangerous’, although a panicked diver in the water is probably 1,000 times more dangerous than any shark. But other guests can certainly be ‘unpleasant’.

A liveaboard is generally a great experience, allowing one to meet like-minded individuals who are just enjoying a pleasant holiday. But one is forced to cohabitate with say 10-20 other divers in a restricted space for some time.

And there are occasionally some people on a boat who tend to ruin it for the others; the chain smokers who happily start smoking upwind of non-smoking guests; the videographers who ‘hog’ a subject, believing that their friends really want to watch their 30-minute clip; the ‘famous’ photographer who acts as if they own the liveaboard; the people who play their favourite music non-stop, and party late every night; people who touch underwater creatures as they feel they have a ‘connection’ with them, and at the other end of the spectrum, people who lecture others if they see them just touching sand or rocks. The best thing to do is to pass your complaint to the cruise director, although don’t raise your expectations that will make any difference. Take comfort in that underwater, the fish often have better manners.

All of these dangers and hassles are relevant to other locations, to a greater or lesser extent. The bottom line is that the potential downsides are possible, but rare, and the upsides are tremendous, especially in Indonesia. In balance, it is far better to take the plunge, but with eyes wide open.

Rent your dream car during your next holiday in Bali or Java with TREVO!