Most people know Kuta as a hedonistic beach resort where anything goes. It’s a Phuket-on-Bintang, just about the only place in the archipelago where public displays of drunkenness are tolerated.

The shacks and stalls that welcomed the early visitors, hippies and backpackers in the 70s are making way for glitzy shopping malls and 5 star luxury as Bali experiences a tourist boom that will come as a welcome relief after the double bombings at the start of the 21st century saw sun and surf seekers look elsewhere for their jollies.

There has long been an element of the raffish trade about Kuta. While the interior of Bali, with its rice terraces and ritual embossed lifestyle, fought internecine war after war among themselves, Kuta, lying on the peninsula in the south of the island, was perfectly located for trade; its easy access to the warm waters of the Indian Ocean on both its flanks meant it was able to take advantage of winds that left other, less blessed ports closed for months on end. 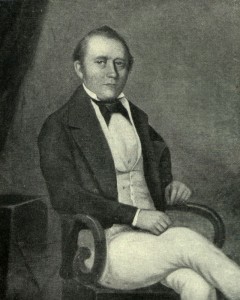 It was Kuta as a trading entrepôt that first attracted a Danish adventurer, entrepreneur and chancer named Mads Lange. Given the violent gang that terrorized the area in the 1850s, it is unlikely Lange, along with the rest of the small expat business community who called Kuta home, would have strayed to the famous beach too often to watch the surf crash in or enjoy the famous sunset.

Their days would have been spent making money, their evenings retiring to their compounds, locking out the sounds of the jungle and the blood-curdling roars of the local thugs, taking solace in their memories of home.

Certainly, his compound had everything to keep the 19th-century trader/adventurer happy. Apart from the halls, (pendopos) that were used for trade, he kept a wine cellar, a music room and a billiard table. Then as now, entertainment was an essential component in business and Lange set out to impress from his beachside residence.

Lange was already familiar not just with Bali but much of the rest of the Dutch East Indies. He had spent several eventful years on the neighbouring island of Lombok where he had cosied up with one raja while a business competitor had been close to a different potentate; politics and business being as inextricably linked then as now.

He had left his native Denmark when he was just 19 years old, heading east as so many did in those days hoping to make his mark in an Asia that was then pretty much under the European yoke.

It was in 1834 that he settled in what was to be later known as Indonesia to begin his business empire. He, along with a Scottish partner with extensive contacts throughout the region, opened a trading post in Ampenan. As business expanded he opened a shipyard nearby and was appointed Harbour Master (Shahbandar) by the local raja, a very lucrative position as it allowed him to take a cut of customs charges on vessels that used the harbour.

Lombok in those days was a volatile place with control for the various microstates on the island being openly contested by local potentates, Balinese and the Dutch looking around for who could best serve their interests.

The Danish businessman backed the wrong raja and was forced to flee the island, given just 24 hours to close his businesses and be gone. He hopped across the narrow strait to Bali and settled down in a small trading post called Kuta.

The Lesser Sundas is the name given to the group of islands that stretch east of Java. As the Europeans rushed to the archipelago to get a toehold in the valuable spices trade they focused their attention on Sumatra, Java and the Moluccas. But there were still opportunities for a knowledgeable entrepreneur to get into the smaller islands including Bali; especially if one knew the language as Lange did.

When he first arrived in Kuta the local Dutch trading post looked on him with suspicion but Lange didn’t care. He used his contacts to make money and perhaps one of his selling points was the fact that he wasn’t Dutch! The dominant European power in the region was forced to take a back seat to Lange and eventually, realism took over from the colonial dreams of Dutch hegemony and they decided the best they could hope for was working with the well-entrenched Dane. 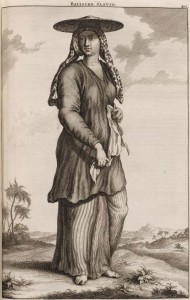 Certainly, Lange had good contacts in both camps who used him as a broker or deal depending on their own needs and desires. But Lange played the game for himself as much as anyone. He was no benevolent westerner seduced by the charms of Bali’s rice terraces and temples; he was a hard-nosed businessman of his times and those times included the trade of a highly sought after commodity; Balinese slaves.

After 19 years in South East Asia, Lange found his mind frequently turning to home but returning was no easy feat. With the Suez Canal still a pipedream a journey home meant journeying across the vast Indian Ocean and rounding The Cape Of Good Hope; a journey that was counted in months, not weeks.

He wrote a final letter to a good friend of his on strips of palm leaf. In it, he referred to his journey back to Denmark and he intimated that he may never return when he said, “Of my return, I shall not speak.” He died shortly before he was to set sail, rumour has it he was poisoned.

Lange was known to have two wives while he lived in Bali; a modest number of those days. One was Balinese, the other Chinese. With the Chinese wife he had a daughter, named Cecilia Catharina who went on to marry a future Sultan of Johor but that, as they say, is another story!

If you are interested in knowing more about Mads Lange and the early days of Kuta as a place of business check out Bali Chronicles by Willard A. Hanna.