Prince John Dive Resort isn’t in Palu. It’s about an hour up the road, in a tiny place called Donggala. The road skirts off to the right and you hear the tires crush and crunch ancient corals announcing your arrival at the easy-to-miss entrance.

The resort is nothing if not simple. Simple cabins. Simple tone and tenor— scattered hammocks across the porches of more than a dozen cabins, young and yellow coconut trees complete with a few chickens scratching at the underbrush. The check-in desk is also the bar. No welcome drink. No wet face towel.

But simple is hard to find nowadays. Resorts across Indonesia are overrun with pink drinks and umbrella stirrers. What most resorts lack in diving locations they try to make up in parade and splendour. Not Prince John.

Prince John does it right, from the dive boat simply named “Dive Boat” to the seasoned divemaster, who after spending five minutes slack-lining in 35 kilograms of dive equipment and basking in the applause of guests, broaches the idea of exploring a 60-year-old wreck that sits some 40 metres below the surface. 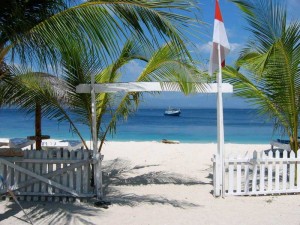 Prince John Resort, just 70 kilometres south of the Equator, is one of the most secluded, diverse and overlooked dive resorts in Indonesia. The resort, which has had little press and runs mostly on word-of-mouth, offers everything from 80-metre wreck dives and dugong encounters to run-ins with whale sharks, and a house reef that’s home to some of the most spectacular night diving in the southern hemisphere.

“What I saw with Prince John was beyond expectation,” says Riyanni Djankaru, the Editor of Dive Mag Indo. “I had underestimated the dive spots and was there simply to sunbathe. But the coral reefs, colourful nudibranchs, frogfish and sharks were a real surprise. Realizing there’s a hidden jewel down in Donggala is one of the best feelings—I love it!”

There’s nothing like a 40-metre dive. The fact that it lies just a seven-minute boat ride from your bungalow only helps sweeten the pot. One minute you’re toying with your BCD while Nasrun, one of the resort’s three veteran dive guides, checks the current, dipping his head in the gunwale wake. And the next you’re weaving your way through the portholes of a football field-long shipwreck. Just you, a few friends and the dive guide—and if you’re lucky, Alexander Franz, Prince John’s owner.

And that’s the beauty of living in Indonesia, with 17,000 islands it’s easy to spend a decade searching out new spots like Palu’s Mutiara wreck, just one of the dozens of dive spots the staff at Prince John are glad to show off.

“We have to hide the bouys,” says Alex, hinting with a smile at how Prince John’s is OK with keeping a secret or two. “If we left them at the surface they’d be gone in a day and we’d have a hard time finding the wreck again.”

But they wouldn’t. Between Alex and the three dive guides, there is about a century of diving experience housed under one resort. A quick glance at the resort’s website gives a detailed description of the crew, who are a beautiful mix of expertise and humility.

Normally, you’d explore the house reef first, but here at Prince John the shoreline is best left for a night dive—two or three night dives if you’re smart about it. The house reef throws up some of the most amazing sights out there. You don’t know where to look and your head is on a swivel for 60 minutes straight. The hand torches criss-cross the dark water, like searchlights outside a movie premiere.

“We saw a big Spanish dancer, a huge grouper that hunted for food using the divers’ flashlights and lots more,” says Riyanni. “It was so hectic down there.”

Nasrun, one of Prince John’s three celebrated divemasters, loves the house reef as well. “The house reef has a wide range of animals and it’s really easy to dive,” says Nasrun. 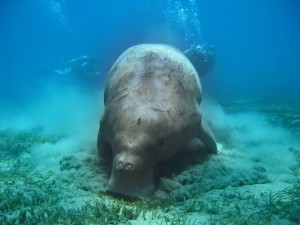 Another spot, Nasrun says, is Marantale and Parigi, a two hour car ride from the resort and home to a mind-blowing reef, huge sponges and the best visibility in Palu, 40-50 metres of pure blue bliss. The elusive dugongs are usually out playing at Natural, a dive spot that depends on the moon and the tides. The dugongs come to play and eat here with any luck.

The most difficult about Donggala and Prince John is figuring out what to do with your time. Most guests fly from Jakarta or Bali and stay for three or four days. Depending on what time of the year you decide to book with the resort you could run into families fresh from Jakarta, backpackers who were smart enough to avoid more crowded dive resorts, or limo drivers from Germany who decided to spend eight weeks with Alex, Nasrun and Prince John.