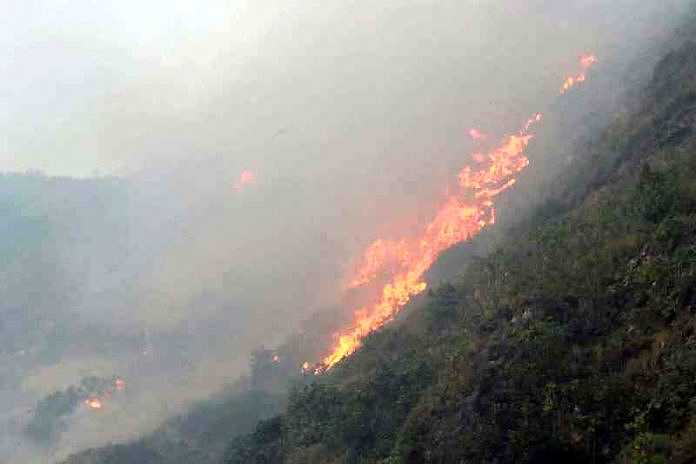 Tourists have been forced to evacuate from a popular hiking trail in Bali after the sudden eruption of forest fires over the weekend.

Twenty-four tourists were along the popular trail at Kelingking Beach, Nusa Penida, on Sunday, Aug. 20, when the fire broke out. While 20 were able to escape unharmed, four were stuck and eventually rescued by a joint team of the Regional Disaster Management Agency (BPBD), firefighters, local police and military.

Fires are uncommon in the area, with Tribun Bali reporting allegations the blaze started by an abandoned lit cigarette.

“All they could do was anticipate conditions so it would not spread to settled areas,” BPBD Klungkung head Putu Widiada said, as reported by Bali Post.

Klungkung Police and Fire Department Chief Putu Suarta said the beachside fire has been fully extinguished and no casualties have been reported.