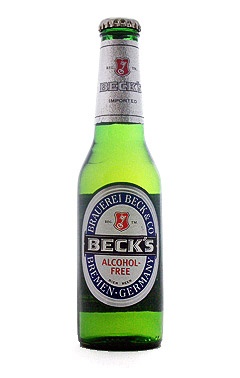 It was Christmas Eve 1984, and, just like I did every year in those days, I was running around the shops at the last minute desperately trying to find gifts for my family that might loosely be described as “thoughtful”.  As I was about to head home, mission kind of accomplished, I realised I had no beer in the house. Some friends were coming round later that night for a small party, so I needed to get some beer fast before the shops sold out (as they often did on one of the biggest party nights of the year). I hurried to the nearest supermarket and headed urgently towards the booze section.

There, on the floor, was a case of 24 cans of beer, obviously the last of a stack that had been snapped up by more organised planners of revelry. Through the bustling crowd of fellow last minute shoppers I could see another bloke on the opposite side of the case with a desperate look in his eye. We looked at each other, then at the case of beer, then back at each other. It was on. We both sprang towards the case of beer, pushing women and children aside and knocking old folk to the ground as we desperately raced for the prize. He reached the target slightly ahead of me and lunged towards it bent over with arms outstretched, but I out-smarted him by kicking it away from his grasp at the last second. He stumbled forward into a rack of Walkers crisps as I scooped up the still-sliding case of beer without breaking my stride and made good my escape. I ran for the check out with the booty under my arm, fully expecting a flying neck-high rugby tackle at any second, but it never came. I paid and headed home to prepare for the night’s festivities, eager to tell my friends the story of the “battle for the last case of beer”.

That night my friends arrived and I broke open the case of beer I had so heroically risked my life for earlier that day. As we drank our fill and got more and more rosy-cheeked, I told the story of how I had fought for and won our refreshment for the evening. We laughed heartily and slapped our thighs, tears rolling down our faces as we imagined the plight of the poor soul who had left the supermarket bruised and empty handed, while our cups were running over. I may have slightly exaggerated the scale of his impact with the rack of Walker’s crisps.

“Poor sod! He must be having a miserable Christmas Eve!” A jolly time was being had by one and all as we made our Christmas truly merry. Then suddenly my friend John shouted aloud, “Wait a minute!” and the room fell silent. He was holding up one of the cans and inspecting it closely. “This sh*t is alcohol free!”

It was. In my haste I had failed to check before I paid. Everyone was instantly sober and I had gone from hero to zero.  I wonder to this day if my adversary knew that it was alcohol free and realised that I didn’t know. If he did, he definitely had the last laugh.

The Curious Case of the Innocent Driver