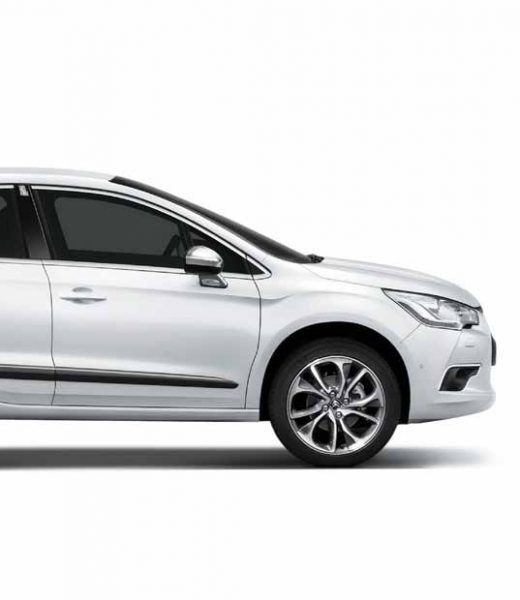 Ipoeng was a good driver. Punctual, dependable and presentable, he had only one glaring fault and that was his memory. He could drive the same route 20 times then lose his way on the 21st. Sending him to the market to pick up more than one item meant giving him a written list and hope he didn’t forget where he put it. Time and time again I would impress on him to follow my instructions, written or otherwise, implicitly, and do nothing else. I made him repeat this at least once a day until I was absolutely certain there would never be any misunderstandings.

The project was located in East Java on the main road from Surabaya to Banyuwangi, the ferry terminal for crossing to Bali. The drive was usually about three hours, depending on weather conditions and the time of year. Our Bali trips from the project up to that point had been in larger group outings, or at least a minimum of four persons in a minibus. I had several lieu days due and the admin manager suggested I use them or lose them, so I decided on a leisurely midweek drive to Bali using my own vehicle and Ipoeng.

Tuesday afternoon, I summoned him to the office and gave him the good news. He was to go home and pack enough clothes for a five-day vacation on Bali. I would organise his accommodation and give him a food allowance. He followed this with rapt attention, everything was sinking in, and he was full of barely suppressed excitement as he had never been to the Island of Gods before. Suddenly he thought of something, a frown creased his face. What about the road? What about directions? I assured him there was only one main road between the project and the ferry terminal, it was all straightforward. I was about to expand on this when my attention was called elsewhere. Some minor crisis had arisen, and as I tried to give Ipoeng more instructions, I was interrupted constantly by radio or telephone calls. I gave him some money and told him to go and fill up the car, check the oil and AC coolant, make sure the spare tyre was OK, and be on the road by six the next morning.

I was bogged down in a late meeting and ended up taking dinner with a vendor then getting a lift home with his driver, so I had no chance to confirm with Ipoeng that all was ready for the next morning, but I assumed that as he had not called me, everything was clear and understood.

My wife, Alia, was already packed and ready to go, so it was just a case of up at five thirty, on the road by six and stop somewhere for breakfast.

Six o’clock, no Ipoeng. Highly unusual, as he was normally extremely punctual. Six fifteen, I called him on his mobile, ‘no signal’. Six thirty, Alia called his wife; he had left home at five thirty, good timing. More calls to his mobile with no response.

By seven I got out my motorbike and drove the full route from our house to Ipoeng’s, expecting to find him somewhere along the route with a puncture or at the side of the road with the hood up and some engine problem. No sign of him or the car, nothing!

I returned home to discuss with Alia what to do next and was hardly in the door when my phone rang. Ipoeng!

“Where the hell are you?”

He seemed to be consulting someone and eventually gave me the name of a place that meant nothing to me.

“And exactly where is that?”

I handed the phone to Alia, this was all too confusing for me. She spoke too rapidly for me to follow with lots of hmmms and ahhhhs in the conversation.

“Ipoeng has followed your instructions exactly. He has his bag of clothes for five days, checked the fuel, the radiator and the spare tyre and was on the road by six.”

“What about picking us up?”

Alia spoke into the phone again.

“He says you never mentioned that.”

I racked my brain and, of course, he was right. He had followed my directives to the letter. I told Alia to tell him to stay exactly where he was until we joined him. Alia assured me she knew precisely where he was and I asked her to arrange transport for us to meet up with him. She did, but was giving me very funny looks.

An hour later and we were organised with alternative transportation and on our way to meet up with Ipoeng. We caught up with Ipoeng, transferred our baggage and now, albeit a few hours late, were back to Plan A, at least my Plan A anyway. Neither Alia nor Ipoeng passed comments and I didn’t bother offering any explanation, thinking it was better to add an air of mystery to the excursion, or try not to look too stupid, one of the two.

The ferry was the first inkling all might not be as it should be. Vehicles were packed four abreast onto a single deck roll-on roll-off vessel. Negotiating the ramps and parking in the limited space was tricky, but not overly so. But Ipoeng could not get the vehicle lined up correctly despite the assistance of four attendants, one of whom ended up taking over the wheel. It turned out that Ipoeng had never been on a car ferry before and did not have any previous experience to draw on. He was probably nervous as well.

Disembarking was simpler, being a straight drive off directly into a one-way system. Great, except everyone was going in the opposite direction to us. Amid blaring klaxons we did a U-turn and almost hit a police car, who thankfully was content with waving frantically at us to get out of the way.

We pulled over into a coffee shop in the terminal to allow Ipoeng to calm down. After he assured me he was OK, we continued. Getting out of the ferry area turned out to be a stream of missed turns and another excursion through the one-way system, and once again, the wrong way. Ipoeng was totally confused. Then it dawned on me, not only had he never seen a one-way system before, he had never driven in ‘town traffic’ either. He was way outside of his comfort zone and this was just a minor coastal town. How would he handle Kuta? Busy, narrow, one-way streets crammed with tour buses, street vendors, tourists and Aussie surfers on motorbikes, weaving through the mayhem.

The answer was of course, we couldn’t risk it, so Ipoeng had a great holiday riding around in the back of the car whilst I did the driving.

On return to the project this was duly reported, and I was inundated with requests from the team asking when it was their turn for a holiday on Bali, and why not? After all, us ‘bules’ were renowned for our totally irrational behaviour, weren’t we?