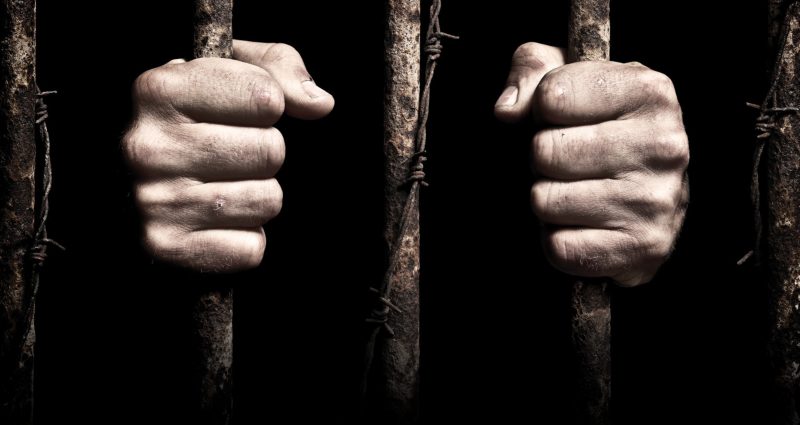 Most expatriates will never see the inside of an Indonesian jail. But should you ever have a friend fall afoul of the nation’s capricious legal system—or if you feel the urge to spread some sunshine among inmates—here’s a visitors’ guide to Indonesian prisons.

When Someone Gets Busted

The best thing you can do for any friend who gets arrested is provide money (for any ‘fees’) and access to Indonesian friends in high places (for ‘legal advice’). It is an offense to encourage people to break the law, so I strongly discourage paying bribes – although some people insist such payments can help to minimize or even avoid jail time.

The worst thing a foreigner arrested for drugs can do is bray to the media, bray to their embassy and show any disrespect to law enforcers. Calling Immigration officers “corrupt monkeys” as you are filmed by a TV crew will not prompt authorities to look upon you fondly. Public threats of retaliation from your country’s government are also counterproductive. Should a case reach court, then contrition and respectful politeness may reduce the severity of a sentence. Looking bored and slovenly in court will not help.

Another mistake that some arrested foreigners make is trusting unannounced ‘lawyers’ or ‘fixers’ who visit them at a drugs detention centre and claim that if thousands of dollars are transferred within a couple of days, they can stop a case from going to court. Such ‘lawyers’ are sometimes just thieves, who take the money and are never heard from again.

If you’re a do-gooder, desirous of bringing happiness to a foreign inmate, you cannot, in theory, just arrive at a jail and ask to visit a random prisoner. You should first know the name of the person you intend to visit.

Jails are under the administration of the Justice and Human Rights Ministry’s Directorate General for Corrections, which has an online list of prisons by province: http://ditjenpas.go.id/views/upt. Overcrowding is a problem, with the prison population now 143% above capacity. Rich prisoners can buy a private cell and amenities. Those without funds suffer.

Many foreign inmates would appreciate visits and gifts to alleviate their tedium. Most foreigners are serving time for narcotics offenses. Many are from Africa, especially Nigeria, and also from Asia. In recent years, the number of Iranians incarcerated for drug smuggling has increased.

Drug use is widespread behind bars – several prisons have contained drug factories. Some inmates claim it is easier and cheaper to buy narcotics than a sterile needle. HIV levels in jails are rising.

Jails (penjara) are classified as either Lapas or Rutan. Lapas or LP is short for lembaga pemasyarakatan – correctional institution, where convicted criminals are held and supposedly rehabilitated before re-entering society. Lapas are graded as Class I (maximum security and capacity for more than 500 prisoners), Class II (capacity of 250-500) and Class III (capacity of up to 250). Rutan (rumah tahanan) is a detention centre, where criminal suspects are held pending a final and binding decision; yet it’s not uncommon for rutan to hold convicted criminals.

These vary from prison to prison, but generally you can visit between 9am and midday from Mondays to Thursdays, although not on public holidays.

At Jakarta’s Cipinang jail, visiting hours are from 9am to midday, and then from 1.30pm to 3pm on Mondays to Fridays. The visitors’ registration office is usually open before 9am. Some prisons close early on Fridays but may be open on Saturdays.

There is no fee for visits, but that doesn’t stop some guards from asking. Some visitors like to keep guards happy by giving them cigarettes and small sums of money. This is illegal, although some guards happily accept such ‘gifts’ and may even insist on them.

Visitors are supposed to be “modestly dressed”.

The more you attempt to bring inside, the more you will be subject to scrutiny and possible requests for unofficial visiting fees. Also, the person on the receiving end of numerous bags of goods – unless they are extremely influential – will be under great pressure to “share” the contents. They may also be asked to pay for the privilege of your visit, after you have left.

Most Indonesian prisons have a ‘cooperative’ shop where prisoners can buy necessities, including food and drinks. Also, guards can be paid to bring in meals from outside – at an inflated price. Wealthy prisoners hire others to cook for them.

Conjugal visits are not covered under Indonesian law, although rich prisoners can pay for private visits from prostitutes and spouses.

The 1999 Law on Prisoners’ Rights allows prison heads to grant “home leave” of up to two days to selected prisoners. This privilege is not available to foreign inmates. Some wealthy inmates regularly leave jail, ostensibly for medical treatment.

We’ll Be Right Back After These Messages