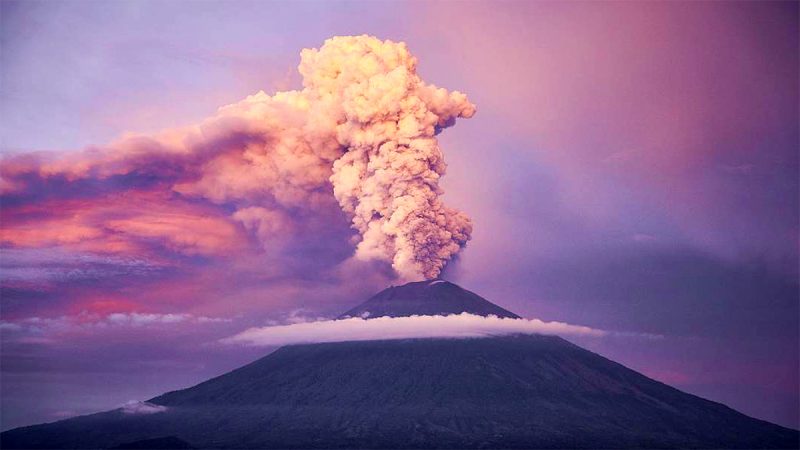 On saturday, February 10th, Indonesia’s volcanology centre lowered Mount Agung’s alert level from four to three, and the thousands of people who were forced to evacuate can now return home, as reported by The Straits Times

More than 100,000 people were forced to flee the area after the volcano rumbled back to life on September last year. Mount Agung has been spewing molten clouds of ash and smoke on and off ever since.

However, the volcano’s activities are now dwindling. “The volcanic earthquakes are now… declining significantly. The deformation is deflating and getting more stable and the concentration of the volcanic gas spewing into the air is also declining,” the Indonesian volcanology centre’s senior volcanologist Gede Suantika said.

The new alert level reduced the no-entry zone to a radius of four kilometres from Mount Agung’s peak, which is an area with no residents, therefore allowing the 20,000 evacuees currently sheltered in 180 locations around the island to return home.

Indonesia’s energy minister Ignasius Jonan said in a statement, “The public activities as well as the tourism in Bali have been declared safe, there is no more disturbance from Mount Agung’s activities.”