Opened in 2019, Koral Restaurant is the bistronomic restaurant or the crown jewel of The Apurva Kempinski Bali. More than just a restaurant, the resort’s premier venue combines delectable dining, a laid-back ambience, and the rarefied atmosphere of an aquarium, accompanied by a hypnotic soundtrack that captures the magic and mystery of life below the waves. Koral is now ready to welcome curious travellers back. Rather than merely reopening its venue, the presence of Executive Sous Chef, Andrea Astone is introduced. Chef Andrea Astone began his professional career in 2000 in Italy. Since completing his formal education at 16, the Italian native has been accumulating experience in various areas of kitchen work. His career started in his homeland of Italy, before continuing his culinary journey to Lyon, France in 2006, where he first worked for a two-star Michelin restaurant. Aiming to excel in every aspect of the kitchen, Astone returned to Italy in 2008 where he held various positions within several luxury hotels and high-profile restaurants, as well as taking the role of a consultant for Michelin-awarded restaurants.

At Koral, diners will feast on elegant dishes inspired by Indonesian coastal flavours and crafted from local ingredients. Chef Andrea is excited to be experimenting with the fresh produce and authentic flavours of Indonesia.

“It is important for us to also support the small businesses on the island,” Chef Andrea said. “And by utilising fresh ingredients from local farmers, we are also helping the local community without sacrificing quality.” 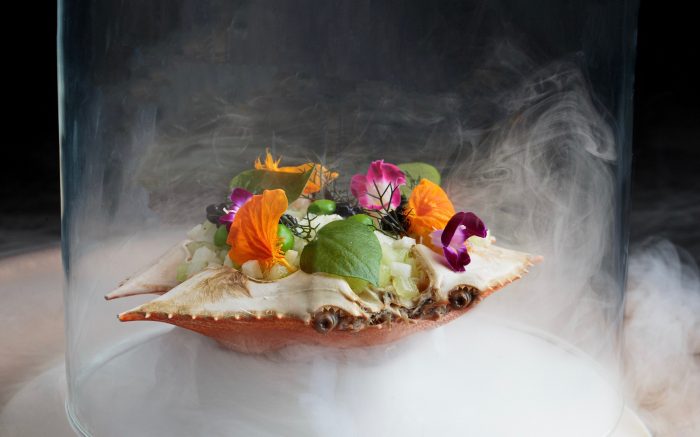 Moving forward, the Italian native will be leading the restaurant’s creative team of chefs by listening to the opinions of his team and involving them in the creating process to build a solid unit.

“At the end of the day, it is the effort of the team. When everyone is involved in the process, they also take pride in everything they do,” he said.

Contact The Apurva Kempinski Bali’s Culinary Concierge at +62 811 3820 9541 or email to [email protected] for more information and reservations!

Opus Bay, a new township paradise in Indonesia that sets apart from the rest

Chinese Food with a Twist