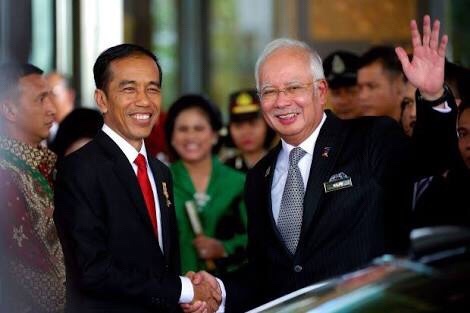 Indonesia’s efforts to curb transboundary haze by tackling open-burning activities in recent years was acknowledged and praised by Malaysian Prime Minister Najib Razak at a joint press conference on Wednesday.

“It has been almost two years since Malaysia was last enveloped by (transboundary) haze,” Najib said, as quoted by todayonline.com . “This reflects the seriousness of the Indonesian government in putting an end to any (open-burning) activities, which could trigger haze.”

Speaking at a press conference after the 12th Annual Consultation between Malaysia and Indonesia, Razak expressed his gratitude towards President Joko Widodo and his government for their commitment to fight peatland fires and resulting haze, which has troubles parts of Indonesia, Malaysia and Singapore for a long time.

The Prime Minister also used the opportunity to announce an agreement by Malaysia and Indonesia to enhance cooperation in forest conservation as well as efforts to save near-extinct wildlife including the Sumatran rhino and orangutans. “This is in line with the Heart of Borneo initiative involving Indonesia, Malaysia and also Brunei. This is also a reflection of our seriousness towards pushing for sustainable development, which not only focuses on spurring the economy but also conservation of forests and wildlife,” said Mr Najib.

In their two meetings on Wednesday the two leaders discussed more than 10 issues including economic development, border security and transboundary cooperation.

President Widodo said that both countries also vowed to enhance security, reduce smuggling activities and prevent threats from terrorism groups along the Malaysia-Indonesia border by increasing the number of joint border posts. “The increase in the number of joint posts will strengthen security and safety along the border and help in the prevention of transboundary crime,” said Mr Widodo.