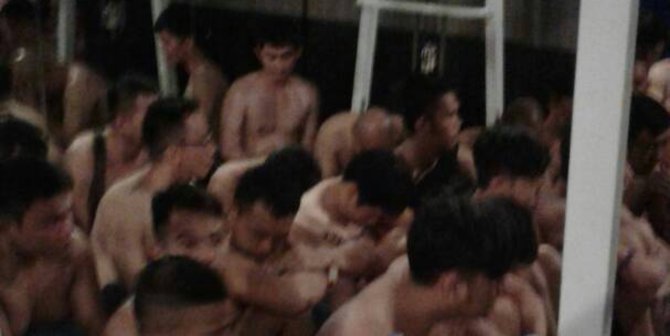 North Jakarta Police arrested 144 men late Sunday, May 21, during a raid on a bathhouse in Kelapa Gading, North Jakarta.

Police entered the Ruko Inkopal and Fitness Atlantis, Kelapa Gading, venue around 8.30 p.m. Sunday where 144 men are believed to have been engaging in gay sex, according to reports from Merdeka.

The suspects were taken in for further questioning as investigations continue.

It is not illegal to be gay in Indonesia, unlike in other countries around the region, but there has been a string of high profile raids in recent years of known gay venues with suspects often charged under public decency laws.

Local level laws have been introduced in conservative provinces in recent years in an attempt to criminalise homosexual behaviour, most notably in Aceh where two young men were sentenced to public caning earlier this month after being charged.

Indonesia Will No Longer Recoup Costs for Oil Exploration