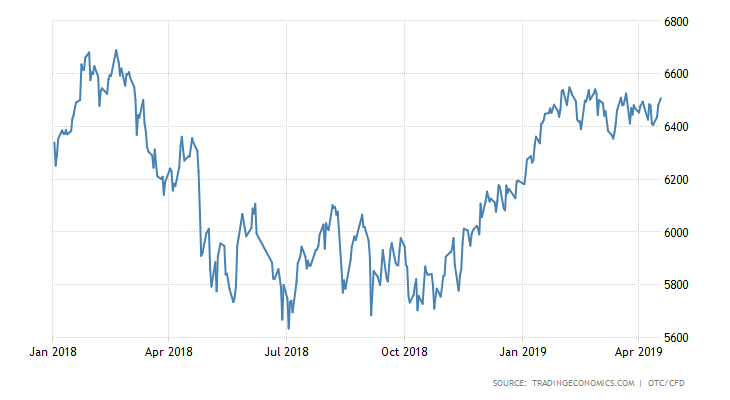 According to the Indonesia Stock Exchange (IDX), the Jakarta Composite Index (JCI) rebounded throughout the period 15 – 19th April, before and after election day, which took place on 17th April. The index climbed 1.58 per cent on 18th April, closing at 6,507.22. About Rp43.97 billion worth of shares were traded, with a transaction value amounting to Rp30.83 trillion from 15 – 19th April. Market capitalisation also increased by 1.58 per cent to Rp7,401.74 trillion.

Last week, Eight out of 10 index-by-sectors strengthened, with the property sector recording the biggest increase at 4.52 per cent, followed by the various industries index at 4.26 percent.

However, certain sectors such as mining and trade recorded a slight decline, at 0.82 per cent and 0.08 per cent respectively. During the same period, foreign net buy amounted to Rp 552 billion.