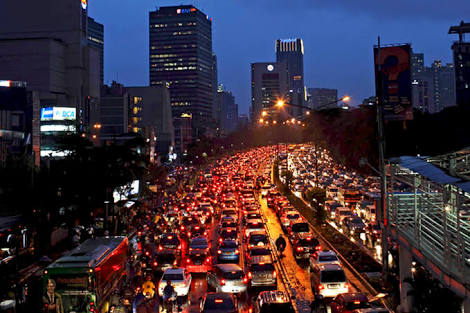 In an attempt to push people to use public transportation, the Jakarta government says it plans to introduce a congestion tax on private vehicles using Jakarta’s roads.

“We want to make it painful so that it’s enough of a disincentive for people to move to public
transport,” Deputy Governor Sandiaga Uno said yesterday, as quoted by Bloomberg.

The capital, which is home to approximately 10 million people, has more than 10 million motorcycles and as many as four million cars on its streets. Because of the sheer amount of vehicles, traffic jams has for long been a daily occurrence and has become a major obstacle to logistics and economic activity.

The electronic road pricing (ERP) system, set to be rolled out in March 2019, will be the latest effort implemented to tackle Jakarta’s traffic problem, but it is the first measure carried out by the new city government.

Previous governments have tried various different policies such as banning motorbikes in a few thoroughfares in the city and introducing a “three-in-one” rule, which required a car to carry at least three passengers on main thoroughfares during rush hour.

Regarding the price for the ERP, Uno said that no price structure has been set, but assured that it will be “flexible”. He added that the government will also continue to improve the city’s infrastructure, as the number of vehicles in Jakarta is unsustainable.