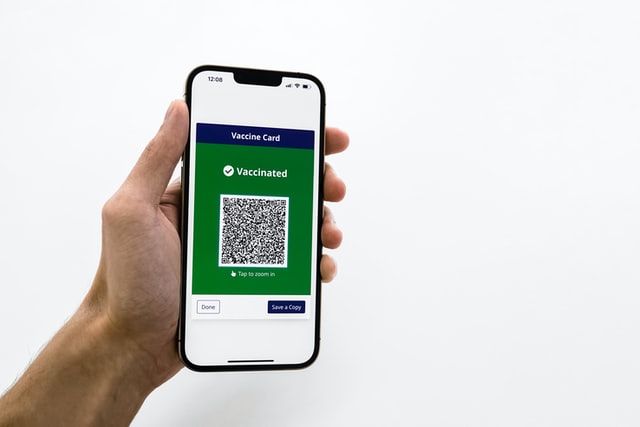 Indonesia has entered its third wave of the pandemic, with a significant increase in COVID-19 cases in the last few days and the widespread transmission of the Omicron variant.

The start of the upswing of the curve has only just begun and the government and epidemiologists have predicted that cases will continue to climb until they reach a peak in February or March this year. This means that Indonesia inevitably still has to deal with the escalation of the pandemic.

Data from the COVID-19 Task Force on Thursday 20th January noted that 2,116 new COVID-19 cases had been added in the previous 24 hours.

For the first time since September 2021, daily COVID-19 cases have crossed the 2,000 mark again in a day. The last time this threshold was reached was when 2,057 cases were recorded on 28th September 2021.

The addition of 2,116 new cases has brought the total number of COVID-19 cases in Indonesia to 4,277,644, since the first case was announced by President Joko Widodo on 2nd March 2020.

New cases have spread in 25 provinces and Jakarta is the highest area with 1,155 cases. The next highest regions are reported as West Java with 401 cases, Banten with 276 cases, East Java with 89 cases, and Bali with 43 cases reported.

Spokesman for the COVID-19 Task Force, Wiku Adisasmito, said the number of positive cases of COVID-19 in Indonesia had shown an increase in the last three weeks.

“The number of national positive cases has increased in the last three weeks, increasing five times from 1,123 cases to 5,454 cases,” said Adisasmito in a statement via the Presidential Secretariat’s YouTube channel on Thursday 21st January 2022.

According to Adisasmito, the increase in COVID-19 cases has not been followed by an increase in the death rate. As of Thursday 20th January 2022, there were 12,328 active cases of the coronavirus.

At the same time, the Omicron variant continues to spread. The Health Ministry reported that, as of Thursday, there were a total of 1,078 known cases of Omicron in the country.

The Director of Communicable Disease Prevention and Control at the Health Ministry, Siti Nadia Tarmizi, said that, of this number, 756 were travellers from abroad.

“Non-overseas travellers or local transmission is at 257 and 65 are of unknown sources,” Tarmizi said via text message to Kompas.com on Thursday.

On Wednesday 19th January, Omicron cases in Indonesia were recorded at 882. Omicron cases are still dominated by foreign arrivals.

The Ministry of Health reported that the five countries that contributed the most Omicron cases in Indonesia were Saudi Arabia, Turkey, the United States, Malaysia, and the United Arab Emirates.

Responding to this situation, Epidemiologist from Griffith University Australia Dicky Budiman said that Indonesia had just entered the third wave of a pandemic. The addition of coronavirus cases will continue to creep up until the end of February or mid-March.

Budiman said that, currently, the increase in COVID-19 cases, especially Omicron, did seem slow. However, learning from other countries, the slow increasing cases can turn exponential in a short time. In fact, its speed exceeds the transmission of the Delta variant.

“This is difficult to prevent, especially since the majority are asymptomatic and many people don’t take tests, and the capacity for testing in many countries is limited, so what happens is that in turn, we are late in mitigating,” said Budiman.

Budiman is also worried that the worsening of the pandemic situation in various countries will also occur in Indonesia. Therefore, he encouraged the government to increase the capacity of health facilities. In addition, it is important to accelerate vaccinations, especially in children, the elderly, and people with comorbid or congenital diseases.

If the state doesn’t anticipate the new wave, there is potential for the death rate to increase because health facilities are unable to accommodate the large additional burden.

Despite the deteriorating situation, the government has not made any new policies related to tightening mobility to date.

Recently, the government revoked the list of 14 countries whose citizens were prohibited from entering Indonesia because they had recorded a large number of Omicron cases. This means that the entrance to Indonesia is now open to all countries.

The quarantine period for foreign travellers who have just arrived in the country has also been shortened from 10 days to seven. So far, the government has only appealed to people who have no urgent business to postpone their overseas trips.

“So I want to reiterate what the President said, don’t try to go abroad first if it’s not very important for the next three weeks. If you still want to live (please follow), if you don’t want to live, then please do it,” said the Coordinating Minister for Economic Affairs. Maritime Affairs and Investment Luhut Binsar Pandjaitan through his press statement, Wednesday 19th January 2022.