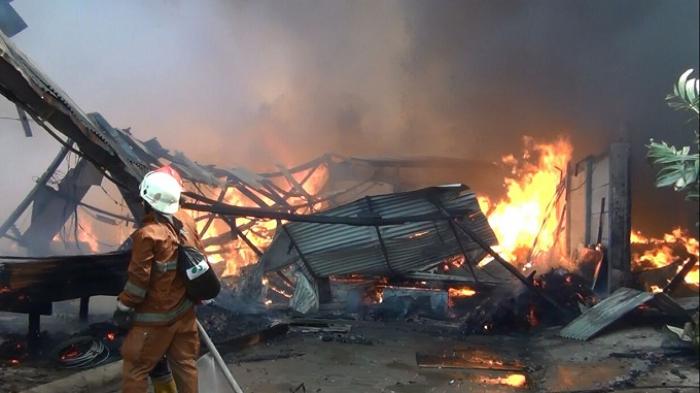 A mother and her daughter lost their lives trying to save their 11 pet dogs from the Kembangan Utara fire in West Jakarta last Thursday, March 30.

The fire burned down around 3,000 square metres of the Taman Kota area and left 450 families homeless.

The mother and daughter insisted on saving their 11 pet dogs, which were trapped inside the house, but lost their lives in the fire, along with a number of their dogs. Two other members of the family were saved.

“They wanted to save their dogs,” said a neighbor, Jayus, as quoted by kompas.com on Sunday. “I tried to help them escape the fire but I failed, as the fire was too close,” he said, adding that he escaped the blaze by jumping from the balcony of the victims’ house.

Separately, Kembangan firefighting platoon commander Joko Susilo said two of his officers at the site, Rifai Hadi, 37, and Novirahman, 38, also tried to rescue the victims. They suffered burns during their unsuccessful attempt and were rushed to a hospital.

At least 25 fire trucks were deployed to extinguish the blaze, which burned down more than 500 houses.

Children Granted Permission to Get Married in Sulawesi by Religious Court