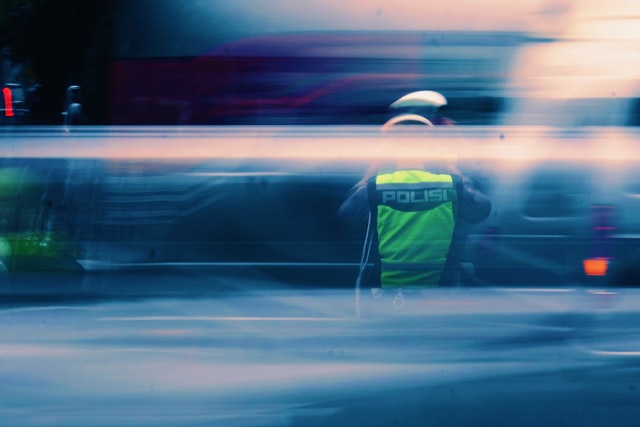 A French national, initials AKJ, 34 years old, went on a rampage and then hit a security guard at one of the restaurants in The Mandalika Special Economic Zone (KEK) in Kuta, Pujut District, Central Lombok, West Nusa Tenggara on Sunday evening, 27th February 2022.

“At that time, the suspect and his two female friends finished drinking at the restaurant but did not want to pay for their drinks and tried to run away and hit one of the security guards who tried to block him, then fled using his car,” said the Mandalika Regional Police Chief Assistant Commissioner Made Dimas on Monday 28 February 2022.

After causing trouble and clashing with the security guard, the French man immediately escaped. The restaurant’s guard was injured when he was hit by a car driven by the French man.

Feeling aggrieved, the restaurant contacted the Mandalika Regional Police to pursue the assailant.

“While on the run, the suspect allegedly hit a vehicle on Jalan Raya Bangkat Parak Village, Pujut District. In coordination with the East Praya Police, the alleged perpetrator was arrested in the East Praya area.

After being secured, the suspect was then taken to the Central Lombok Police Headquarters for further examination and investigation,” said Dimas.