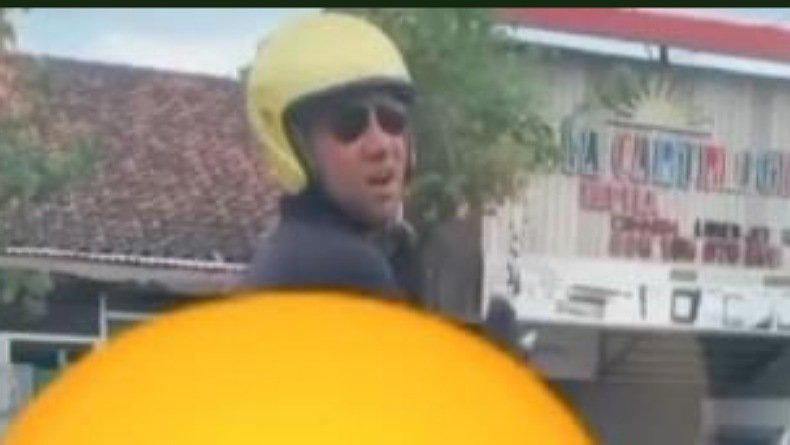 An unknown foreigner in Bali was seen urinating from his motorbike while waiting at the traffic light at the intersection of Jalan Hangtuah – Bypass Ngurah Rai Sanur, on Tuesday 27th July 2022.

The act was recorded by another motorcycle user and uploaded to social media and has since gone viral.

From the video, the foreigner wearing a black shirt and shorts stopped his motorbike while waiting for the red light at the intersection known as the McD Sanur intersection. He proceeded to stand up and casually pee from his motorbike.

The foreigner with black glasses and a yellow helmet then spoke but the recording could not be heard on the video that was captured of the incident.

Even though he became the centre of attention of other motorists at a red light intersection, the foreigner didn’t seem to care and continued to act casually.

According to the Head of Traffic at the Denpasar Police, Police Commissioner Ni Putu Utariani, the police are currently looking for his whereabouts. An investigation has also begun in conjunction with immigration and the progress will be announced later.