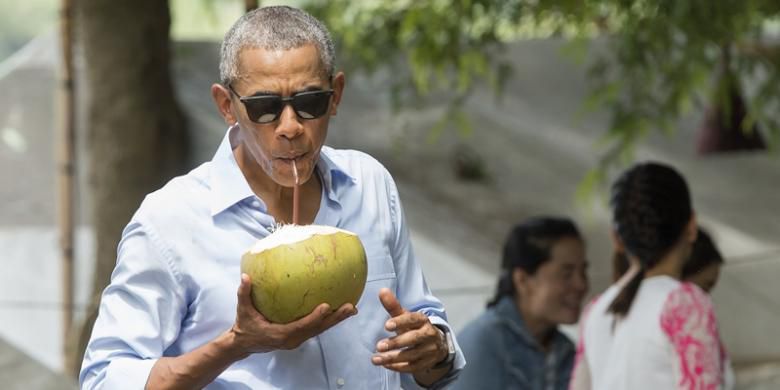 Former US President Barack Obama and family will fly into Bali’s Ngurah Rai International Airport on Friday, June 23, for a weeklong holiday before heading to Java.

Bali Police Chief Petrus Reinhard Golose said the former first family will be safe and secure in Bali during their holiday.

“He comes here for a holiday, so we would try our best not to interfere with his plans. We would let him enjoy his vacation,” Golose said.

Government Assistant and Bali’s People Welfare Officer Dewa Putu Eka said he has not yet received Obama’s fixed schedule and planned destinations while at the popular tourist island. He has received tentative information which will be confirmed.

Obama and his family will fly into Bali on a private aircraft and will bring a special vehicle from the US to keep the former president safe, Eka said.

Obama and his family have planned to stay at the Four Seasons hotel in Ubud, “but the plan is tentative and it can change anytime,” Command Military Resort Col. Gede Widiana said Friday, June 23.

The family is also scheduled to visit Yogyakarta June 28 to 30 before heading to Jakarta.

“It’s true, a few days ago I met with Dino Patti Djalal (Diaspora Network Indonesia’s Chairman of the Advisory Board) to welcome Obama,” said Yahya on June 20, 2017.

Obama will meet with President Joko Widodo at the State Palace in Jakarta on June 30, before he gives a keynote address at the Diaspora Network Indonesia Congress on July 1.

This is Obama’s first public speech in Asia since the end of his term earlier this year.