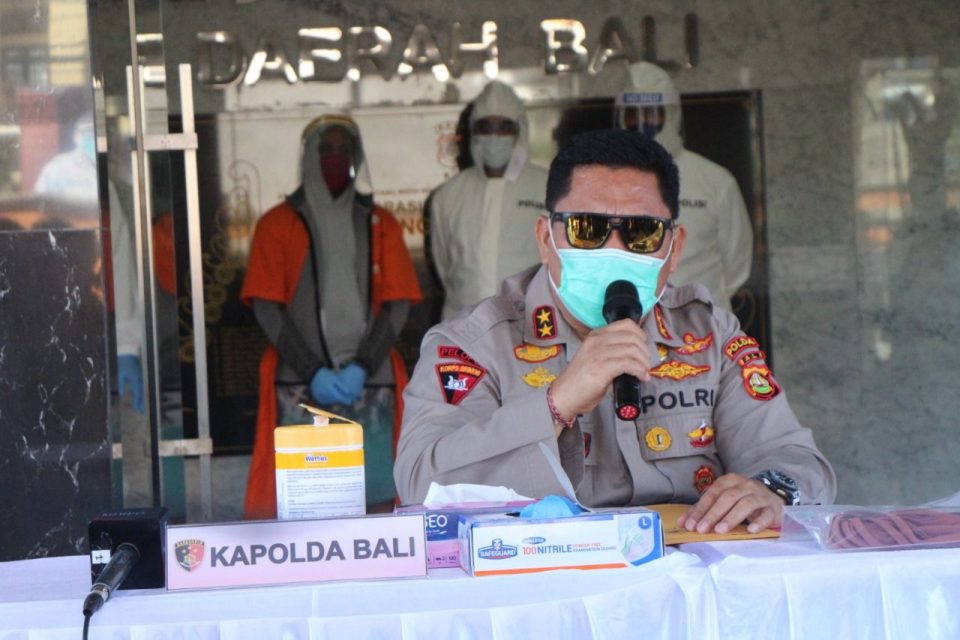 Bali Regional Police captured an Interpol fugitive from the United States in the Kerobokan area of Badung. Suspect named Beam Marcus, 50, is a bulging investment fugitive who ran away to Bali and found producing pornographic films.

“The case in question is an investment case in America. He claimed to be the investment manager, but the money entrusted to his clients was not used for investment,” said  Head of Bali Regional Police Inspector General Peter Reinhard Golose.

The amount of money vilified by the suspect in this case is worth US$500,000 but the Bali Regional Police didn’t state the amount of victims dragged in the investment.

This American fugitive escaped from the United States when legal proceedings were still running and refused to attend his hearing.

“His case occurred in 2015, but he was not arrested because he was secured by his lawyer. When he was going to trial in September 2019, he was absent and after being tracked, he escaped the country with a fake passport, ” revealed Inspector General Peter.

The fugitive entered Bali in January 2020 with a fake passport and moved around the island for seven times. During his time in Bali, he produced a pornographic film based on the evidence of sexy toys found and seized by the police.

“He was featured in the pornographic film with a woman who’s also American,” said Inspector General Peter.

Police also delved into the pornographic production whether it involved locals or just foreigners. So far, another foreigner named BeamBabby Poppy has been identified and questioned as a witness.

Regarding to the process of the fugitive, the Bali Regional Police continues to coordinate with American authorities. Furthermore, the United States has also blocked the fake passport used under a different name, Demario. Meanwhile, the Deputy Director of Criminal Investigation at the Bali Regional Police AKBP Suratno explained, the investigation of the pornographic film of the fugitive and his partner is ongoing.

Tips on How to Learn Effectively