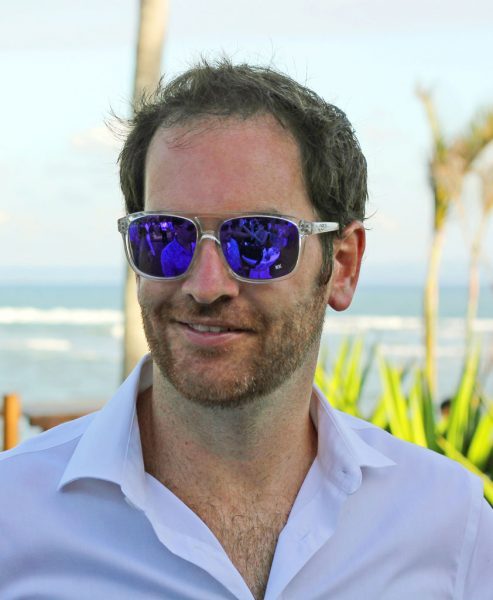 Meet Gareth Rae, a British Expat and the Captain of Jakarta Komodos, who has lived most of his life in Asia. 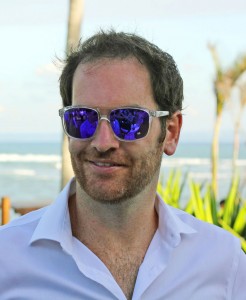 Gareth, where do you come from and what brought you to Indonesia?
An interesting first question and I get a lot of stick for it. I am “British.” I grew up in Hong Kong, went to boarding school in England, my mother is Welsh and my Father is Scottish, so my allegiance goes with form and British cover the lot! It was actually my wife’s job (she is a teacher) that brought us to Indonesia and we are coming up to four years in Jakarta now.

How has life, as a third culture kid growing up in Hong Kong, affected your perception of the world and where is home for you?
I spent my first 17 years in Hong Kong which was a pretty great place to grow up in. I still call it “home” even though I have not lived there for 15 years. But I guess home is where the family have settled, which is Hinckley, England. Growing up as a third culture kid certainly made me aware of different cultures and backgrounds from a very early age. The buzz that Hong Kong provided made me want to sample what else was out there, just in case anything could top it!

You are the Captain of a rugby team here. How did you end up joining Jakarta Komodo Rugby Football Club?
Rugby is my number one passion so I did a bit of research whilst still living in the UK to see if I could play rugby over here once we moved. Luckily there was a small 7s competition on the day I arrived, so I just turned up, met some likeminded folk, had a run and the rest is history. There seems to be a great sense of community and unity in the club, could you tell us about the team?
That’s the great thing about rugby; it brings guys together like no other sport. Taking hits for each other, touring with each other and ‘spilling blood in the same mud’ will do that to you. I think, at the last count, we had about 14 different nationalities representing the team, which is pretty cool and we all bring our own different twist and flavour to the club and get-togethers. We are a pretty close bunch and do a lot off the field together which involves the whole family. A lot of our wives and girlfriends have all become close through the club, too.

How often do you train and what does being part of the team entail?
It is pretty social, but we try and train two to three times a week; Tuesdays, Thursdays and Saturdays. Mid-week is at JIS from 7pm and the weekends is out at Jagorawi Golf and Country Club from 10.30am. We also have a junior program that starts at 9am on a Saturday at Jags. Being part of the team just gives guys the opportunity to continue to do something they love, maybe travel to a few new places, take out some frustration (as we know Jakarta can provide the odd bit) and be involved in the most social club in Jakarta. I am sure everyone walks away with a lifelong friend too and the memories of an epic battle or a great weekend away playing in another Asian city.

What are the requirements to join the club and who is eligible?
Everyone and anyone can join the club. It does not matter what skill level they have, age or sex. We just want to have fun, continue to grow the club and in turn grow awareness of rugby in Indonesia. We do ask that each member pays a small annual subscription to help us fund pitch fees, events, kit etc.

How long have you been playing rugby?
I started playing at the age of four and I am now 32. Wow, 28 years, maybe I should be a little bit better than I am! 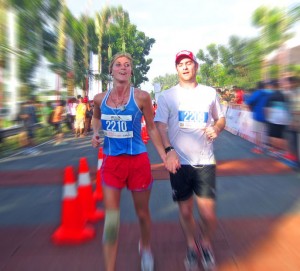 There is a big rugby event coming up, could you tell us about the Rugby 10’s tournament? Are there any other events in the pipeline?
A big one indeed. Every year the Komodos host a 10’s tournament on the first weekend of May. This year it is set to be hosted on the 4th of May out at Jagorawi. It is a huge day for the club and also for Rugby in Indonesia. There is really only two of their kind in Indonesia, with the other one being in Bali. The day is a fun packed, fast paced day with 20 teams from all over SE Asia looking to win the title. I think this year there are to be 63 games played over the course of the day. It should be some spectacle and it is free for all spectators! As for other events, yes a few in the pipeline. We host an annual golf day (texas scramble) each year in February and this year we are also looking to host a white collar boxing event. We just need some guys brave enough to step in the ring…

A little bird told me you were a skater boy, can you still do a kick flip and do you play any other sports?
Classic! Where on earth did you hear that? Yes, I was a skater boy and loved it. I am pretty sure the kick flip is still in the locker if needs be. Sport is hugely important in my life and I will try my hand at most sports. I guess I now just play tennis, squash and golf on a regular basis, but will give anything a go. Oh and I am trying to surf, but not quite there yet.

Thank you Gareth. To get in touch, please email [email protected]