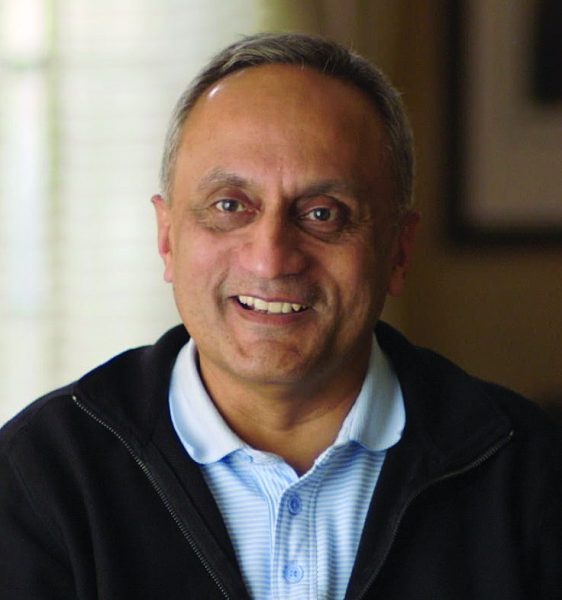 Manoj Bhargava is the Indian American businessman and philanthropist who is the founder and CEO of the popular consumer drink 5-Hour Energy.

For those who are not familiar, 5-Hour Energy is a two-ounce caffeine and vitamin elixir which claims to keep one alert without crashing, sworn by truckers, traders, and hung over students the world over. By 2012, the small bottle shoppers would see at the checkout counter in the grocery store was pulling in over a billion dollars per year, making Bhargava one of the richest men in the US.

But unlike most Silicon Valley moguls, in 2015, Bhargava pledged 99 percent of his net worth to improving the wellbeing of the world’s less fortunate.

He created Billions in Change, a limited liability company with the goal of developing and financing technologies that can aid in the elimination of world poverty. Bhargava’s inspiring documentary can be seen in full on YouTube.

Billions in Change has created elegantly simple inventions made to change the world. Bhargava saw that that the greatest challenges for the planet’s most indigent were water, energy and health. He initially went to well-known consultants and companies to develop new tech, and soon found that simplicity was the key. He hired a dedicated staff, which included a former garage mechanic, to focus on building technologies which could be easily maintained in the remote villages they would be going to.

Some of the team’s innovations include stationary electricity generating bicycle, a tool for harnessing the earth’s geothermal energy, a medical device which facilitates circulation, and a machine that converts sea water into drinking water on a large scale. Bhargava plans to donate 99 percent of his wealth to these social impact ventures. The company is starting by distributing 10,000 power-generating bikes to homeowners in India before the end of this year.

The Wealthiest Indian in the US

At US$3 a bottle, 5-Hour Energy has made Bhargava a fortune, and the product is by far the largest player in the energy shot market to date; not so much because of its delicious taste and effective results, but because Bhargava plays the game tough. In the corner of his office sits a display of all the copycat brands successfully litigated by 5-Hour Energy. Regardless, he remains a low-key individual, staying under the radar and doing very few press interviews. That said, Bhargava admits to being “the wealthiest Indian in the USA”. Vague and inscrutable is how he likes to keep things. Colleagues and acquaintances describe Bhargava as humble. He is proud of his frugal lifestyle: his antique flip phone, cheap office furniture, and modest two-story home in Farmington Hills, Michigan, where his wife and 20-year-old son live.

Bhargava came to America as a teen, from Lucknow, India where he was born in 1953 and raised until 1967 when the family moved to Philadelphia. The family lived in an US$80-per-month walk-up apartment. A math prodigy, Bhargava attended the prestigious Hill School before enrolling at Princeton. He attended one year at university, and shortly thereafter is when his “real education began,” said the billionaire. Bhargava dropped out of Princeton to attend communal life monasteries in India. At that time, he would often return to the USA to work at a variety of middle-class jobs, working as a taxi driver, accountant and construction worker in order to finance his trips to India. In his early thirties, Bhargava returned to America and revitalized the family business in plastics. He stumbled upon the formula for energy shots at a health trade show, and went on to create the elixir which today makes up 90 percent of the energy shot industry.

Following what he did with the energy drink, achieving more with less also crosses over into his other ventures. Bhargava is constantly questioning his engineers on how to go smaller and simpler. According to him, this is the opposite of how major industries set their assumptions.

“I am a student of simple” said Bhargava. “I’m not an inventor, nor do I consider myself an inventor.” In his main offices, participants write on the walls. No traditional institutional laws of behaviour prevail in his startups. “Just focus on saving the world,” said Bhargava, who meditates in his basement for an hour each day. About 30 engineers work with Bhargava closely. He has a proclivity for hiring small tinkerers and garage inventors.

The energy bike is the first of Bhargava’s inventions already being distributed. One hour of pedalling on the stationary bike creates 24 hours of energy; enough to power light bulbs, electric fans, iPhones and iPads, all from minutes of cycling on the Free Electric hybrid bike.

The company is based in Singapore.

For more information go to YouTube; Billions In Change