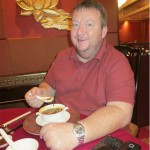 John Duffy, 46 years old, UK
“I started vaping a few months after suffering a heart attack at 45. This was brought on by a combination of diet, lack of exercise, and more importantly, stress and 60 full strength cigarettes a day. I found that stopping smoking cold turkey increased my stress and anxiety levels, and I was looking for an alternative. I tried patches and inhalers with very limited success. My friend from UK had been vaping a while and began to educate me on it. I picked up a starter kit locally, and haven’t smoked since.” 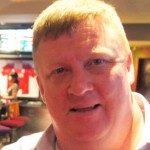 Aaron Meadows, 41 years old, Australian
“I had smoked since I was 14. I was smoking anywhere up to two packets a day. I had tried everything to give up smoking and failed. With vaporizers, I enjoy the nicotine hit, the flavors, without suffering the ill-health effects of smoking. Whether or not it’s going to take off in Indonesia depends on the government, the power of the tobacco companies and whether or not a cheap, kretek-like flavour can be produced.” 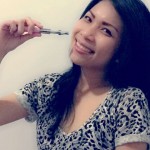 Ferita Haryanto, 34 years old, Indonesian
“Well, I think there’s no reason for me not to love it. It’s not just like a new toy for me which I can vape every time and easily bring. It’s so rich in flavour. Besides that, it gives you no smell of cigarette smoke in the air, which can be annoying and gives bad impact for the people around you to be a passive smoker. I believe that this can help you to reduce the risk of having critical disease and construct a clean, healthy environment as well.” 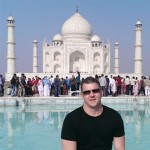 Ben Lawson, 41 years old, American
“I smoked for almost 16 years and stopped on November 25th, 2013. I had wanted to stop for many years, but didn’t have any type of substitute to get me past the ‘habitual’ smoking urge; in the morning (or any time of day) with coffee, after meals, while drinking with friends. Another reason is that I’ve worked out my whole life, so now being able to run a sub 5-minute mile again, without feeling I would die, is great!” 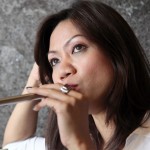 Ineke, 36 years old, Indonesian
“I’ve been smoking since more than 10 years ago, usually two packs a day. A friend of mine introduced vaporizing and I’ve been hooked ever since – I’ve had no cigarettes in the last two months. I started with the 18mg nicotine vaporizer juice, now I’m down to 9mg. Soon I’ll cut down to 6mg. I think vaporizers will definitely take off in Jakarta, but the switch from cigarette to vaporizer has to be coupled with the will to quit, otherwise people will go back to cigarettes after a few days.”