During the Jakarta Culinary Feastival event in November, chefs from around the region were flown in to provide a glimpse into each style of cuisine they represented and to showcase the varying flavours from the countries they hailed.

The event was described as a, “four-day long culinary festival that will cater to all of foodies’s [sic] dream. Whether it’s participating in live cooking show [sic] featuring international celebrity chefs or signing up to various workshops and cooking classes to sharpen your skill, we have everything you need and so much more. Here, your appetite will be spoiled [sic–I truly hope not]. Your prowess at creating dishes will be challenged. Not to mention you will have a fulfilling feast together with your loved ones, all possibly, easily done in one place.”

It was meant to be a food lover’s dream-come-true based on the hosting organization’s website, and for many, it was an incredible opportunity to fawn over their favourite celebrity chef or dine at the many stalls displaying bites of prettily concocted desserts or hors d’hoeurves; a one-stop shop to meet and with their food hero or restaurant darling and sample delights from across Southeast Asia.

Over the course of the week, these chefs also had the opportunity to speak with media and many of them shared some concerns over the path of where the region’s cuisines are headed. Much of the information these chefs provided to young local journalists at press junkets flew over heads perhaps due to language barriers (and heavy accents) or inexperience with the subject, but there seemed to be a growing discontent with some about how cuisine is perceived in this region, and the flavours and dishes that define each country.

There were comments about restrictive government regulations, poor distribution systems and the lack of best practices. There were issues with imported goods over locally sourced ones. There was the issue of proper training and retaining talent amongst local staff. Most of the top chefs who participated in the festival were from different ethnic backgrounds and ran restaurants that could be categorized from fine European gastronomy to Bali café culture.

“Technique” was a word that was often thrown at the media as well as “best ingredients” or “concepts.” However, at one point, it seemed to sound more like an echo chamber for the sexiest or brashest chefs.

Yet, away from all the bright lights and razzle-dazzle of the event, a few important people in the industry got together and started talking. What defines Southeast Asian cuisine? Who are we, what are our ingredients, how do we utilize what is best here on the ground? How do we mobilize? What is the history behind the cuisines, and how do we analyze and dissect all of the influences from the past, which is now a part of the current food culture in many of the countries we operate?

Here in Indonesia, delving into the history of the cuisine is something to be reckoned with. Much of the knowledge has been imparted via oral traditions and hearsay, something that is very much a part of local traditions. As an example, although one expert believes nasi goreng was influenced by Arab traders with their fondness for pilaf another would say that this “national dish” was inspired by Chinese traders who brought their culinary influences from the continent at a much earlier stage to keep leftover rice from spoiling. 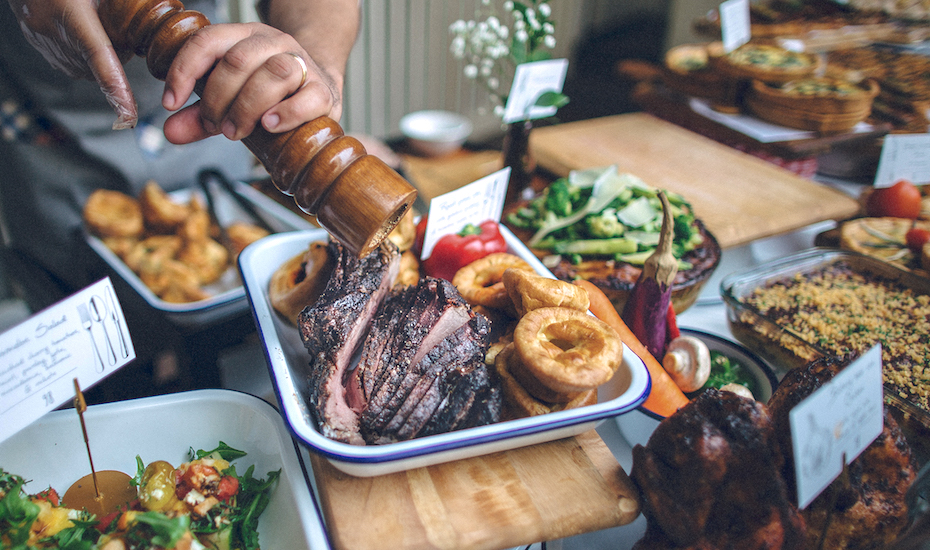 Constant bickering over the best satés, the best sotos, etc. and etc., only distracts from the real question over Indonesian cuisine. Can it be defined from other areas such as Malaysia, Singapore or the Philippines for which there are some shared cultural histories? The overlap of many dishes and flavours in this region would clearly suggest not. However, the intense national pride over something like nasi goreng suggests that there needs to be someone or something to bring all these nations together to create a newer and better identity, one that is not based on nationalism, but on something much more important to the multitudes of food cultures who inhabit the space of Southeast Asia.

In our current need to eat the best food and dine at the best restaurants, we sometimes forget that we live in a country where there are incredible natural resources and food traditions. Who among us can document the use of special, native ingredients and how they are used? How can we source these items respectfully and provide local populations self-sufficient methods of farming or harvesting? Can we decipher the past for the present and future by using derivative flavours?

Most importantly, how does this manifest in the perception of the region’s cuisines? Can it be taken to the next level, and who amongst the new vanguard of Southeast Asian chefs will likely be able to do so? For what it’s worth, the recent culinary festival may have been the catalyst for a few, key players to create a new movement for Southeast Asian cuisine. It could be the start of a truly beautiful thing for anyone who cares about an iota for the region’s cuisines.

Express Your Love the Big Way at Gran Melia Jakarta