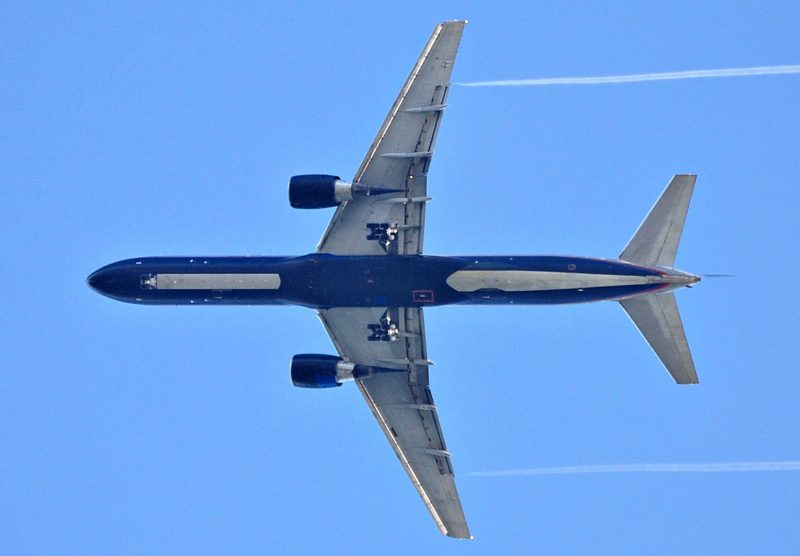 Indonesia suffered a national tragedy when AirAsia flight QZ8501 crashed into the Java Sea in December, killing all 162 souls on board. It was a sombre end to an otherwise upbeat year, and the country mourned together. But as the tears dry, tough questions must be asked. Why does Indonesia remain Asia’s deadliest country statistically for aviation safety, and what must be done about it?

Indonesia’s tourism market is booming, fuelled no doubt by the burgeoning middle classes. According to IATA’s latest passenger forecasts, Indonesia (singled out among Asian nations) will grow to be the fifth largest domestic air travel market in the world by 2034, growing at 6.4% to 191 million passengers. And yet we place a dismal ninth-worst in the Aviation Safety Network’s global rankings, ahead of the rest of Asia, with 95 accidents and 2,212 fatalities in the last 70 years.

The issue is as complex as a Rolls-Royce jet engine. First among equals, the spectre of cost looms large – as it does for all industries; but few see the meagre 1-2% profit margins most airlines bear. Since fuel can represent up to 40% of an airline’s total costs, it is not surprising many Indonesian carriers were unprofitable last year in the face of fluctuating oil prices.

Practically, there is little to be done about this, besides hedging. But in a cost-related move—hot on the heels of the crash—the Transport Ministry raised the price floor chargeable by local airlines to 40% of the maximum fare, ostensibly to increase profitability and therefore safety. On the surface, travellers may feel comforted by this. Conventional wisdom says earnings impact the hiring and training of quality staff, and aircraft maintenance – perhaps why Icelandic CEO of local carrier Xpress Air, Sigurdur Gislason, who has over forty years’ experience in the industry, supports the measure: “Profit relates directly to safety; it’s a fact.”

But some in the industry remain unconvinced. Paul Preston is a former RAF pilot with over twenty years’ experience flying frontline aircraft across the UK, Germany and Saudi Arabia, now using his aviation expertise as a coach for a global oil-and-gas services consultancy based in Bali. “I don’t feel price rises will have any immediate effect,” says Preston, “and I don’t believe the money would be directed to flight safety issues.” Consider that safety requirements are supposedly the same nationwide regardless of airline, business model or fare paid, and you see his point.

Increasing revenue is one thing, but reducing cost is another—some say darker—area of focus. “Economic pressure is felt by the crew…decisions can be swayed,” warns Preston, with “aircraft maintenance an area where I fear some corner-cutting may take place.” A source in the local industry (who did not wish to be named) concurs, citing the varying standards of private aircraft maintenance companies performing safety audit inspections.

Conversely, First Officer L. A. Garcia of Xpress Air has only witnessed adherence to standards: “procedures and SOPs are always followed.” At the same time, pilots like Garcia and colleague Senior First Officer Yudhy Mustari are nonetheless encouraged (like all airlines) to be mindful of cost when flying; for example minimising brakes usage to reduce wear and tear, flying at optimum levels, and ensuring the flight is on time.

The cost argument is logical on the surface, but time will tell whether it delivers material improvements in safety. Until then, our source suggests more Indonesian carriers may succumb to economic pressures in 2015.

Aviation in Indonesia suffers the same malaise as many industries here: complex regulation, bureaucracy, and even corruption. First to regulation. Indonesia has a convoluted system of categorising airlines, depending on the level of service they offer, passenger numbers, and whether they are scheduled. Gislaslon feels “regulation in the industry could be simplified,” and indeed, having fewer rules for companies to navigate should improve transparency.

This non-standardised approach also allows unscrupulous operators to find loopholes in the system, or simply not comply with regulations, as evidenced by the 61 routes besides QZ8501 found operating without proper licenses. Though AirAsia President Director Sunu Widyatmoko admitted “administrative negligence”, a missing piece of paper shouldn’t down an Airbus A320.

At this stage, speculation remains dangerous. But as Preston fears, “acceptance of non-compliance to set rules” could be the key here. It points to systemic issues in the industry, and the inevitable question for travellers will be, what other rules are not being followed?

Particularly, one imagines, when the lines between official bodies and private businesses seem occasionally to be blurred. Our source speaks of regulations suddenly changing depending on who is in power and what their business interests are. One aircraft maintenance inspector recently turned out to be employed as a pilot by the company whose aircraft he was inspecting.

Hearing this, safety feels remote. But Xpress Air President Director Henny Kurniawan is confident Transport Minister Ignasius Jonan is “going in the right direction”, by freezing those 61 routes, putting pressure on regulators as well as airlines, suspending officials suspected of violations, and seeking Komisi Pemberantasan Korupsi (Corruption Eradication Commission) assistance. Whether he gets the support he will need from all corners is another question. One thing is clear: the aviation industry in Indonesia needs to start thinking as a single entity rather than in individual fiefdoms.

After all, this is a people business: travellers today must trust the crew they fly with. So, how does Indonesia approach pilot training to produce the world-class standards its growing market needs?

With many new planes on order, and a fast-growing market, it’s no surprise there’s a lack of Indonesian pilots. According to Preston, schools too – and of those existing, he is “not convinced their graduates would pass testing standards in other countries.” And yet, ostensibly for safety, the Government recently increased the number of flying hours required for expats to work as pilots in Indonesia. It’s a move lauded by Garcia and Mustari, but time will tell its efficacy.

Cost is a culprit again. Hasan Taufik’s 28 years as Garuda crew inspired his son to join the industry. Attempting to mitigate the cost of pilot training in an Indonesian flight school, Taufik sent his son to Cebu in the Philippines, at a cool US$50,000 for the year. When the school’s owner and a government minister were killed in a small plane crash, Taufik’s son returned to finish his training at the Government-funded flight school in Curug – much harder to get in, but with far better job prospects. Not a bad result for the Taufiks. But many other graduates, after an expensive education, pin their hopes on joining an airline who will fund them through the specific training required for their fleet – and not many are willing, when they can hire pilots coming off contracts with other airlines who already have this. Not hard to see, then, why Preston feels the system “clearly [allows] more opportunity for those with the ability to pay rather than those with better skills.”

Garcia feels the expat community can be biased against local pilots, but finds this “in my experience untrue; training here is really good.” Indeed it is encouraging that a local operator such as Xpress prioritises pilot rest days, ensuring at least two days off between flying. Garcia adds, “After five days of flying, you’d be really tired.” No low-cost carriers would comment, but local airlines overworking pilots was widely reported in 2011-2013, during a shocking spate of Lion Air pilots found to be using methamphetamines. Thankfully such stories seem to have died down recently, and another of Jonan’s measures in the wake of the crash—ensuring airlines brief pilots on weather conditions in person prior to take off—should also help here, by requiring the pilot’s health is checked too.

Consumers should remember aviation safety is improving all the time. Casualties have been in decline for two decades, whilst passenger flying hours have been increasing since the 1950s. “Aircraft themselves are more inherently safe than ever before,” notes Preston. When something as tragic as QZ8501 happens, it happens to the whole industry, and the media reacts – often overlooking that flying remains the safest form of travel statistically by distance, and accidents are very rare. Consider this: in the past 35 years, just six of the worst marine disasters in Indonesia totalled almost 2,500 fatalities – in half the time period over which the Aviation Safety Network records 2,212 aviation fatalities. Good job Jokowi is turning his spotlight on that particular area.

Preston continues to choose his frequent domestic flights based on price and schedule, and so should we. “The airline industry here is far less mature than the West,” he says, “and will for many years lag [in applying] ever-developing flight safety processes, purely because they are not developed here.” But the tailwinds of change are slowly being felt. Garcia sees “an effort to make things better” across the board, such as the new regulations on expat flying hours and pilot briefings. It may take more time yet, but with the right intentions, persistence and—importantly—support from both Government and private factions, glimmers of hope can be kindled.