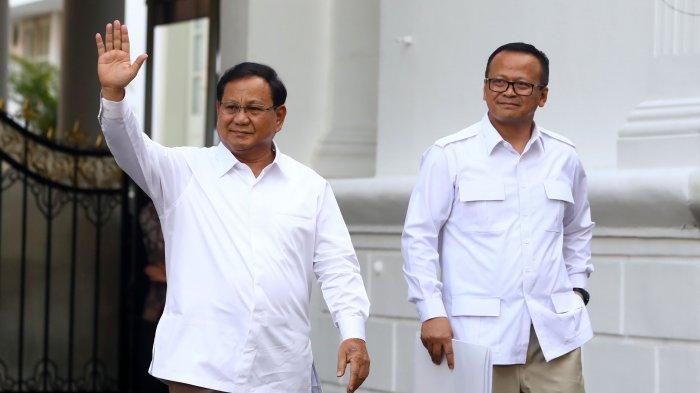 Gerindra Party Chief, Prabowo Subianto, announced that he would help President Jokowi to implement his priority programmes by taking part in the new cabinet.

Prabowo specifically said that he had been requested to help in the defence and security sector.

“I was allowed to announce to help Mr President in the defence sector,” Prabowo said at the National Palace on Monday 21st October 2019.

Prabowo said that he had received instruction from Jokowi. “He has emphasised, I will work hard to achieve the targeted goals,” He added.

Prabowo came with Gerindra Party Deputy, Edhy Prabowo, to the National Palace. It is speculated that Prabowo will get a position as minister of defence and Edhy as minister of agriculture.

In response to the news, the Volunteer Group’s Chief of Jokowi Mania, Immanuel Ebenezer, asked Prabowo Subianto to not betray President Jokowi if he is appointed to be a minister in Jokowi’s cabinet for the period of 2019-2024.

“We hope that the president will not be betrayed,” Immanuel said on Tuesday 22nd October 2019. According to Immanuel, there is always a possibility that Prabowo will disobey what Jokowi orders. Furthermore, Immanuel said that Jokowi Mania has warned Jokowi about this.

“We do not want to close our eyes to the possibility of this but we have given a reminder to the president when we discussed together,” Immanuel explained.

As reassurance, Jokowi has convinced the volunteer group that he will be careful and said that the possibility will not occur.