Back in November last year, Tim Carr, the Head of School at Jakarta International School (JIS), joined principals from the capital’s other storied institutions to preview new regulations that would extend government control of their schools.

In 2010 the Indonesian government had passed sweeping new changes for international schools that accepted Indonesian students. But despite almost three years of talks to hash out how those laws would be enacted, some principals saw little progress and still find themselves in limbo.

“It didn’t look encouraging,” Carr said, recalling the meeting. “We are in this unknown territory that’s hard to navigate.”

As the capital’s international schools settle into a new school year, few administrators are any wiser of how the 2010 law will be applied to them. Under the new law, Indonesian language, religious and civic education would be compulsory, as would national exams for Indonesians. That means no more letters from the ministry excusing Indonesian students from the tests. What’s more, international schools would need to meet quotas of locally hired teachers and administrators with advanced degrees – a big ask in a country where only 20 percent of high school graduates go on to university.

“Excusing Indonesian students from their daily routine to comply with the new curriculum may be impractical”, Bemelmans says. “How would you teach religion and civics in a secular school? We already have a busy curriculum.”

The new law would curb English as the medium of instruction and require international schools to form affiliations with institutions abroad.

“They want to be able to regulate us and we want to fit into that”, says Brenton Hall, who in April became principal at AIS after having headed up its high school since 2007.

“We’re set up to meet the needs of foreign students and Indonesians that may be destined for universities overseas.”

For now, though, after years of talks, the push to apply the new law to the established international schools appears to have stalled. The original deadline to implement the new rules was this year. Any changes in store for international schools may now need to wait until after the legislative and presidential elections next year, leaving institutions to take a wait-and-see approach.

“There’s no guideline for how the law will be implemented”, Bemelmans says.

Still, that ambiguity may mark progress from the mood four years ago, when the proposed law was first presented to administrators “as a sort of fait-accompli”, remembers Bemelmans. “We were a little shaken up that changes appeared imminent.”

The lull occurred in part because the proposed changes ran up against opposition at home. The proposed regulations would mean wealthy local families would have trouble sending their kids to the capital’s international schools, which regularly send students to the world’s top universities. What’s more, cramping the style of Indonesia’s international schools risks deterring foreign investment if companies can’t be sure that executives can secure quality education for their children.

Officials in the foreign ministry, and those charged with attracting foreign direct investment to Indonesia, said they opposed rushing through the changes.

“Changing, too much, the international schools would be a worry for foreigners here”, said one official from the Investment Coordination Board of Indonesia, who did not want to be identified. 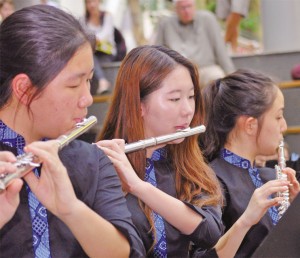 The government has shown signs that it is willing to be flexible. Potential compromises may include allowing Indonesian students to attend international schools as long as they demonstrate they are enrolled in recognized language classes on their own. Letters from mosques or churches, testifying that a student was receiving religious education may also suffice.

A few months after halting admission of new Indonesian students in August 2010, JIS admitted them again. AIS is in the process of building new facilities with the aim of dramatically expanding its student body.

“You can’t let the ambiguity affect your planning,” Hall says.

Even so, negotiations have been fraught with setbacks. Opposite numbers at the Ministry of Education would be reassigned and months of careful talks would be lost.

“Talks over a period of months would seem to indicate that we were at the cusp of brokering a clause that would allow us to operate and then there would be a change of personnel”, Carr says. “New regulations can come at any time.”

For Carr, removing Indonesian students would not only be a massive blow to revenue, which relies entirely on tuition; it deprives foreign students of the full experience of being at school in Jakarta.

“Without them we would be in a bubble. We are in the middle of an economy that is red hot and dynamic. We need to include Indonesians in our mix in order to learn from one and other”, Carr says.

The schools are counting on dialogue and goodwill between themselves and the government to manage any big regulatory changes that may be in the pipeline. And there will be changes. That’s because the Indonesian government is worried about the proliferation of schools that claim to be “international” but are not in practice.

“There’s good intent in what the government is trying to do”, Bemelmans says. “The ministry is trying to interpret the law in ways that would help us.”

Even so, a surge in nationalism may also be playing a part, as the government struggles to stem the tide of students wriggling free of hours of religious and civic studies each week, which may cut little ice when it comes to applying to overseas universities. The ministry still routinely issues letters of permission to Indonesian students to attend international schools for a fee of about Rp.50,000.

International schools such as JIS, the AIS and ACG are categorized as Joint International Education Institutions, which accept Indonesian students. They contrast with diplomatic schools, which tend to be run by embassies and are exclusively for foreign nationals.

School administrators emphasize they are keen to reach an agreement that will satisfy the government.

AIS’s Hall believes there’s room for a deal that may incorporate the parts of the proposed Indonesian curriculum. He proposes a third category of schools set up before 2003 that are effectively grandfathered into the old rules in exchange for offering language and civics classes.

“This is their country and they have the right to regulate us as they see fit”, Hall says. “We want to work in conjunction with the ministry officials.”