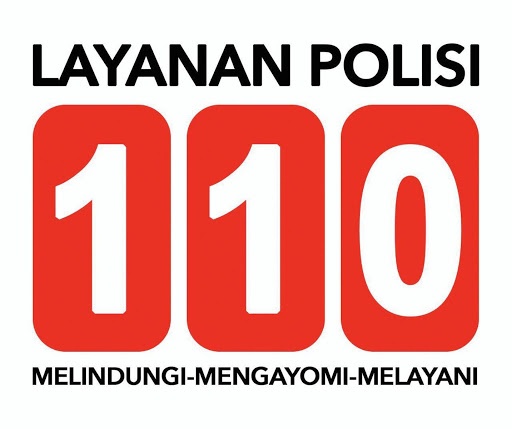 It’s a fast response service for the police to answer public complaints. Hotline 110 began operations on 20th May 2021.

The National Police Chief stated that, by launching an emergency service with a single national-level number, people can expect to be able to easily and quickly get services from the police.

“The police hotline number 110 is an effort to facilitate public access and speed up the National Police’s response when the community needs it,” said Listyo.

The launch of the police emergency service was held the West Java Regional Police Headquarters, including several regional police ranks attending virtually. The police service itself is a priority program for the “precision or predictive, responsibility, fair transparency” program from the Police Chief.

“It’s hoped that, in the future, people will communicate with the national police services as easily as ordering pizza,” said Listyo.

The four-star general hopes that through hotline 110, the public will find it easy to get information and be able to share information. In addition, Listyo emphasised the need to optimise the maintenance of service equipment, increase the human resources manning them, and increase supervision and control of their operational governance.

“The development of police service 110 is integrated with other applications of the Binmas Online System, Polisiku, and others so that it can alert members in the field to immediately respond to information from the public,” said Listyo.

Listyo added that it is necessary to increase the quantity and quality of service by increasing the number of operators at all police stations so that there are no calls from the public that go unserved.

“We will immediately deal with technical obstacles so that the implementation of police service number 110 can be extended to the whole community,” said Listyo.

The hotline 110 device itself is currently available at 420 points, namely one at the National Police Headquarters, 32 regional police departments, and 387 police headquarters. The service itself is free for people who need a response from the authorities.