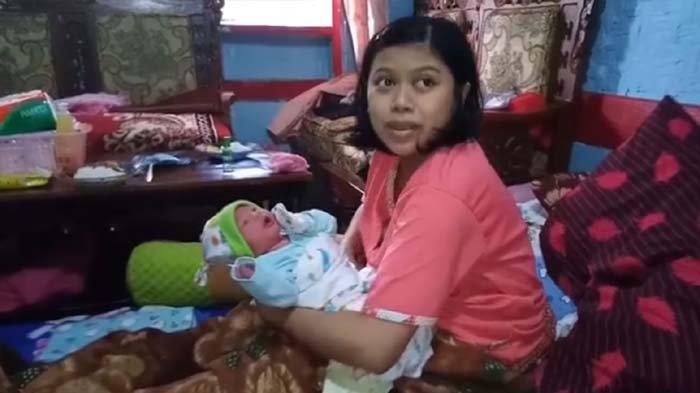 Indonesian Housewife and Her One Hour Pregnancy

In Mandalasari Village, Puspahiang District, Tasikmalaya Regency, West Java, Heni was going on about her day as normal. At 8pm on 18th July, she felt severe stomach pain and claimed that her stomach was getting bigger and hardened like someone who was already nine months pregnant.

Her husband then took the initiative to call a midwife. An hour later, Heni gave birth to her son weighing 3.4 kilogrammes. “Even though I was menstruating, my stomach was feeling uneasy. Then it became rather hard and I felt movements,” said Heni.

Heni is still in a state of shock and can’t believe that she has given birth to her child. She had been experiencing regular periods with no signs of pregnancy. Even so, Heni said she’s grateful to welcome her son.

“I had no cravings nor did I feel pregnant like with my two older children. But thank God (alhamdulillah) I was given the trust,” said Heni.

Experiencing an unknown pregnancy is a known phenomenon in the medical world. The following five medical details have been parsed from various sources on Wednesday 22nd July:

The term cryptic pregnancy is probably a word that is still unfamiliar to the public. Cryptic Pregnancy is very rare. The case that occurred in Tasikmalaya Regency, West Java is among the world’s rarest cases.

According to expert research in 2011, women who experienced cryptic pregnancy start as being unaware that they were pregnant due to the emotional state of the woman; not wanting to be pregnant.

Often, women with cryptic pregnancies don’t experience typical symptoms of pregnancy, such as nausea, weight changes, and a growing belly. Therefore, the pregnancy is no shorter than usual, it’s all about the mother’s awareness she’s carrying a baby.

Usually, expectant mothers begin to feel their babies kicking or rolling between 18 to 20 weeks. If the position of the placenta is at the front of the uterus, it’s possible for the mother to not feel the baby’s movements.

This is most often experienced by women who are busy working outside their homes, explained Michael Cackovic, an Obgyn at The Ohio State University’s Wexner Medical Centre, as quoted by WebMD.

The pattern of menstruation can also mean a woman doesn’t realise that she’s pregnant. Irregular menstrual cycles can be caused by stress, the influence of medical drugs, obesity, and Polycystic Ovary Syndrome (PCOS). If a woman experiences an irregular menstrual cycle, most will not be suspicious whether they’re is pregnant, dismissing it as another late period.

In general, the period of cryptic pregnancy varies greatly since it’s very difficult to get data. There are those who realise that they’re pregnant just hours prior to giving birth, whereas some are aware of being pregnant after a few months. Until now, there has been no detailed research on how long a cryptic pregnancy can occur with certainty. Some cases surrounding cryptic pregnancies end in premature birth due to lack of attention to a healthy lifestyle.

For example, Shelby Magnani in Iowa, the United States, found out she was pregnant with twins in the sixth month of her pregnancy after experiencing severe stomach pain and having been taken to the ER. Another incident occurred in England, where a woman named Klara Dollan woke up in the early morning due to severe stomach cramps and only took painkillers pills. After an hour, Klara gave birth to a baby girl at home.

As reported in Medical News Today, cryptic pregnancies and normal deliveries are no different. Soon-to-be mothers still experience contractions such as abdominal cramps. Then, the cervix will stretch to encourage the baby to be delivered. The difference is, childbirth in women with cryptic pregnancies unexpectedly occurs and thus without preparation.

Also Read An Expat Guide: Having a Baby Naturally in Jakarta

Spot a Kinder Joy for sale? Report to Halo BPOM