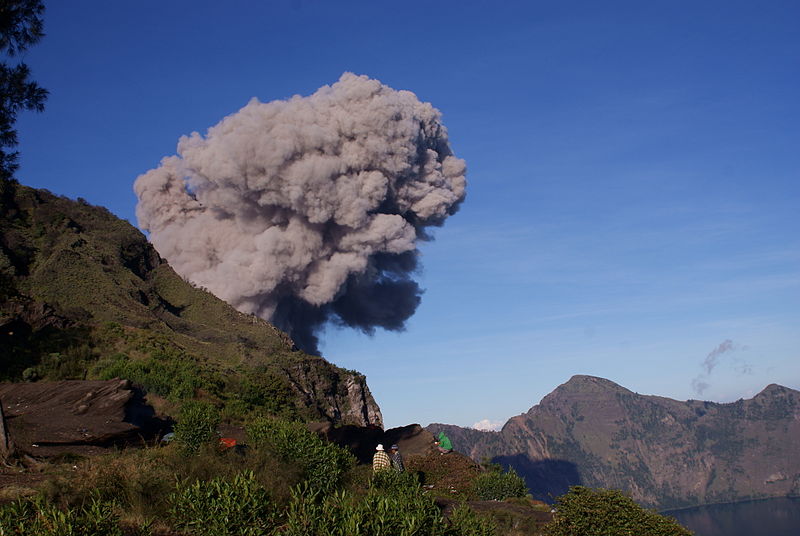 Nearly 400 tourists are missing after a volcano erupted on the island of Lombok in the West Nusa Tenggara Province.

Indonesian authorities deployed aid and rescue teams to evacuate thousands of people trapped on the holiday island of Lombok after Mount Barujari erupted earlier this week. The mountain – commonly known as the ‘Child of Rinjani’ as it is a smaller volcano that is situated within the crater of the much larger Mount Rinjani – emitted a 2,000-metre ash column into the air without warning. Around 400 local and international tourists are still unaccounted for.

Disaster Mitigation Agency spokesman Sutopo Nugroho Purwo revealed that these tourists had left Sembalun monitoring post, located 11km from the crater, after registering to climb the mountain on Sunday.

“We are still searching for about 389 other tourists, mostly foreign tourists, to find out their condition and to evacuate them immediately,” Purwo told the press. “There have been no reports of injuries.”

On Wednesday, Purwo reported that 106 tourists (65 foreigners and 41 locals) have made their way out of the volcano. So far, the nation’s disaster agency has evacuated over 1,100 people and will continue searching for those still missing.

The eruption delayed flights from airports in Lombok and nearby Bali, about 135km from the island.

Mount Rinjani is registered along with nearly 130 other active volcanoes in the archipelago. Indonesia is prone to volcanic eruptions and earthquakes due to its location on the Pacific ‘Ring of Fire’.