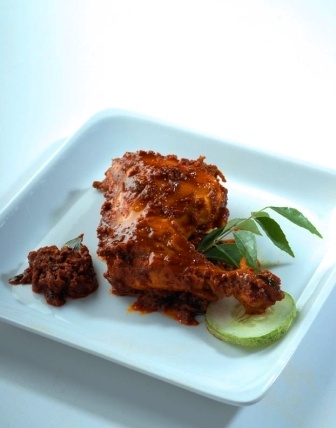 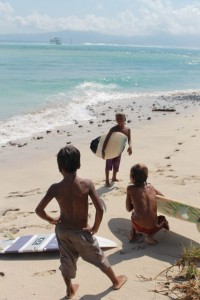 A three-week trip with two kids in tow from Bali to Flores by ferry, bus, foot, motorbike and shared taxi, while enduring lumpy beds, stained sheets, tiny dark rooms, dripping faucets and freezing mandi may not be everyone’s idea of a holiday, but it was the school holidays and the opportunity was just too good to pass up. Like an aging former football star racing a train to the crossing, I also wanted to see if this old hippy could still do the backpack thing.

We started our adventure on the very day of the fuel price hike and at the very start of the summer vacation break, so we had to contend with artificially inflated prices as soon as we left Bali’s Ubung Bus Terminal. We boarded a semi-express bus to Padangbai where we met the ferry to East Lombok and the start of our journey, leaving Bali’s year-long rainy season behind us.

Time has wrought gargantuan changes since my last visit in 1989, a year I vividly remember because it was the fall of the Berlin Wall. Signs of modernity in Nusa Tenggara are the increased number of English speakers, the appearance of laptops and baby carriers, the much wider use of the jilbab head coverings and the phenomenal expansion and improvement of Indonesia’s interisland ferry system. Passages of six to seven hours on these government-subsidized ferries were an unbelievable bargain.

Still very much in evidence are the old rattletrap buses – ancient remnants from the 1960s that will never die! Travelling these broken down contraptions was like being thrown around inside a cement mixer surrounded by squabbling babies, tethered goats, chickens in bamboo cages, sacks of rice and cassava, boxes of ramen noodles, baskets bulging with fruit and vegetables while passengers smoke stinging clove cigarettes alongside plastic jugs of gasoline. They don’t leave until as many people as possible are packed inside. 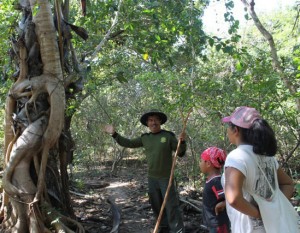 We soon discovered that the further east we travelled, the more prices increased for everyday commodities. Hotel rooms got more basic the more inland we went, yet tariffs stay the same. Theft also becomes less frequent, with more reports of stealing occurring on Lombok where it’s believed that Sasak pickpockets cast spells on their victims.

A Chinese Mandiri bank clerk, a long-haired surfer from San Bernardino, a talkative Australian couple from Adelaide, a textile trader from Nggela, a grandmotherly Catholic sister from Sumba and a delightful 33-year-old Lebanese Christian woman travelling the world were just a few of the characters we met during our three-week journey. These newfound friends, whom we’d share even the most intimate confidences in hotel lobbies and during all-day bus rides, would be gone instantly with the blare of a bus or ferry horn and a wave and a smile. Asking their names seemed an unnecessary civility.

Startling changes had taken place in tourism, technology and standard of living. In the 1980s all you’d hear is the wind but now in peoples’ hands everywhere were blinking, ringing and chiming electronic devices. Even in these remote islands, conversations couldn’t wait anymore. The smartphones quickened commerce. Drivers, conductors and bus agents perpetually used them to fill up buses, meet passengers or order dinner. Hotels and touts used them to fill rooms. On the upside, my daughter Aysah was able to send and receive emails wherever her Blackberry got a signal. The whole Realm of Wallacea is wired! No Wi-Fi needed!

Many of the former places I stayed had gone to seed, now just concrete slabs, patches of grass and broken walls or had been reborn as another hotel or metamorphosed into an Alfamart. Homestays, which were “known for good service” in guidebooks, now had terrible service. Rooms were often without electrical outlets or mirrors with broken showers and toilet seats, no blankets and served undrinkable coffee. 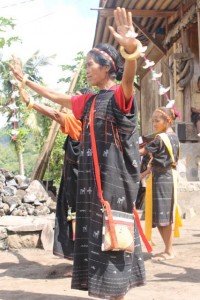 But all the things that had not changed since my last visit 23 years ago gladdened me. Every town we visited had retained some of its innocence, had not yet become congested noisy hellholes with bumper-to-bumper traffic like what had happened to many urban centres in Bali and Java. I was thrilled to discover that an old hotel I had stayed in was still there and to meet someone who still remembered the old days.

The superb snorkelling on offshore islands, the splendidly isolated beaches of Lunyuk and four-metre-high waves crashing on reefs were all still there. The most important lesson I learned from travelling with kids is to go slower and to spend more time on the beaches. Our goal was to reach Kelimutu and return to Bali within the three weeks we had before classes began again, but the pace of travel was just too hard on them.

When it came time to head home, climbing aboard a huge executive long-distance air-conditioned bus was another luxury that wasn’t around back in the day. Gliding over clear seas on the half-empty Lombok-Bali ferry with big flat screen TVs, electrical outlets and vendors selling ice cream and sweet pineapple on a stick, we reclaimed civilization.

I thought back to those strange and lovely far-flung eastern islands – the high adventure of a Joseph Conrad novel, the crew members wearing kris in their belts, the bottle of rice wine and a yarn shared with a fellow traveller and the ships leading us through the night like the North Star. I wanted that journey never to end.

The Magic Eels of Ambon