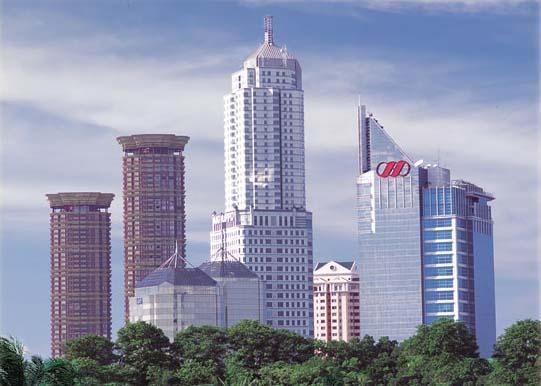 As I sit stuck in bumper-traffic outside Benton Junction on my way home from what seems the umpteenth successive evening, a thought suddenly occurs to me: Lippo Karawaci, better known as Lippo Village these days, has changed. And what’s even more disturbing is that I am not convinced it has changed for the better.

Over the past five years or so, the rate of urban development and other changes undertaken within the boundaries of Lippo Village have been extensive — and not just a little alarming.

In addition to the opening of the brand-spanking-new multi-billion rupiah Maxx Box Complex, which mainly consists of a cinema complex and a variety of eating and drinking outlets, further changes to the once-quiet and pedestrian-friendly village have been all too prevalent recently. Some of the most notable developments include:

Time was in the not-too-distant past when Lippo Village really did appear to be just that: a self-contained village in which one could live and work quite happily without ever feeling the need to venture outside its protective cocoon.

Lippo Karawaci was almost a well-kept secret of a place, with only the presence of the prestigious university, Pelita Harapan, and the annual Jakarta Highland Gathering held at the Imperial Golf Club, putting it on the map and into the minds of most people who happen to pass by.

Housing was relatively cheap and was aimed not only at those in the mid- to high-income brackets. So the population of Karawaci tended to be made up of the middle-income classes upwards rather than purely the financial elite. There was but one medium-sized mall that was quite adequate for the society’s needs, yet it did not attempt to portray itself as a tourist attraction or lure outsiders to journey down the west Jakarta toll road and make a visit.

Karawaci boasted wide boulevards, ideal for early morning or evening sports enthusiasts like myself who enjoy the occasional jog or bike ride. And while these activities are still technically in place, it would take a braver man than me to risk the invariable collision with traffic or carbon monoxide poisoning that would surely entail nowadays.

In days gone by, a golf driving range bordered the popular Taman Sari locality, an area of parkland enclosed within a number of local food restaurants. Although Taman Sari itself has remained relatively intact, the driving range has long gone in favour of construction of the new Maxx Box complex, and many, if not all, of the delightful small food industries that used to adorn the area have also disappeared.

Other land has also been bought up for future development, and this includes that on which the popular Permata Sports Club lay in the south of the village. Consisting principally of a swimming pool, soccer field and tennis courts, this sports club also aimed at the middle rather than upper streams of income families. Its demise has meant that there is now not one swimming pool catering to the public at large in Lippo Karawaci.

A visit to Lippo Karawaci Supermall on the weekend is now an event in itself. The expansion of the mall over the last few years has seen it quadruple almost in size. From being a simple two-level mall offering a basic but not limited choice of shops, it has metamorphosed into a four-level monolith. Well-known foreign brand outlets have established footholds within the mall with the result that it is now a place that attracts visitors from far afield.

The infrastructure relating to Karawaci’s roads has not developed at the same rate as the construction though, and this has led to much heavier traffic flow in and around the mall. The parking facilities at the mall itself seem to be inadequate for the high volume of visitors at weekends and early evenings, and tailbacks encircling the entire 1.5 km ‘island mall’ are common.

In addition, the ongoing development of the new Millennium Village complex opposite the bus terminal has led to the closure of the road leading to Karawaci  (the non ‘Lippo’ part of Karawaci). These turns suggested that anyone wishing to travel to (non-Lippo) Karawaci now has to travel along Jalan Jendral Sudirman past the Siloam Hospital, and then do a U-turn before proceeding through a myriad of narrow back streets.

The delays this invariable causes at times, compounded with an increase in the volume of traffic at and around the mall, means that what should be a simple five-kilometre drive from the mouth of the toll to the Taman Ubud area of the village can take anywhere up to one hour. So imagine the kind of horror you shall experience when you get stuck here during the rush hour.

Previously a swampland, the real development of Lippo Karawaci can be seen to have started in the mid 2000s. The slow but steady expansion of the mall came first, and the opening of the popular Benton Junction locality later followed this. Benton Junction is a municipality of restaurants and cafes that cater to those who wish to eat and drink outside, at terrace-like establishments in an almost cosmopolitan manner.

In 2008, ambitious plans were made to establish high-profile international standard motor racing in Lippo Karawaci. The entire village underwent a process that included existing roads being turned into a racetrack and new ones being laid. This was done with the aim of establishing an international race circuit.

Unfortunately, the millions of rupiah spent on the project came to no avail when it proved impossible to obtain the necessary permits to actually hold the race/s. Since then, the rather unsightly remains of the track have remained visible and have been turned into (slightly underused) car parking facilities.

So what of the benefits of the expansions and project building? Well, the obvious ones include the influx of people from higher income brackets.

A bigger, more affluent population means more investment and ultimately, a larger population spending more money. More jobs are created, both in the short and the long term, as hands are needed to both create and work in the new businesses being set up. In turn, the area will become a richer and more exclusive locality to boot.

More people move to the area in order to work, and more people visit to spend money and buy consumer goods. In addition, existing local operations and businesses that are able to resist the power of the brands may flourish with the increase in passing trade.

This last point would seem to be supported by the experience of Mrs. Khatrina Yuli, the owner and manager of Dapper Alami restaurant in the Perumahan Harapan Kita area of Lippo Karawaci.

“I have lived here for eight years and we opened this business four years ago,” explained the 38-year-old self-proprietor.

Mrs. Khatrina then added that she feels the expansion of the village has actually benefited certain small businesses such as hers due to an increase in passing trade.

“Part of the reason I decided to open my restaurant was because of the increase in the number of people coming to Lippo Karawaci. I welcome new faces to the village because the busier it becomes, the more I will benefit,” she said by way of conclusion.

So at what cost, in general terms, has Lippo Karawaci’s expansion come? In one sense the number of facilities (read: shops, restaurants and apartments) may have increased in number, but in another, other facilities and benefits have decreased.

As mentioned previously, the village no longer boasts a public swimming pool or sports club that are open to the public. Alongside to that, smaller local businesses are feeling the pinch, traffic has become intense, and what once seemed a green utopia for the middle classes now seems anything but at times.

Indeed, there is a feeling amongst some of these ‘middling’ inhabitants of Karawaci that they are in danger of becoming forgotten and that living in Karawaci is no longer the heavenly retreat it used to be. The roads are too crowded, and there are too many construction projects going on at any one time. House prices and consumer prices are rising too quickly, roads are getting busier and some people feel they are being forced out of the area, in favour of a new demographic of affluence.

An example here can be seen resulting from the case of Pelita Harapan University (UPH)’s great expansion of its Faculty of Medicine. In recent years, UPH has constructed and opened a large medical and training campus next to the Siloam Hospital, with which it now works in collaboration. The work and investment involved in this project, as I observed, was quite heavy and this indicated that a long-term plan is in place.

This new faculty has resulted in more young people from higher income bands moving in to the village, at least for a certain period of time, as they continue their studies. This in turn has contributed to Lippo Karawaci’s shift in demographics, including young people as well as the older ones.

In addition, these affluent young people are, at least in part, amongst those being targeted by the corporate brands prevalent in the mall.

A glance at the Lippo Karawaci website and the reader is made abundantly clear of the aims and targets of those behind the expansions and developments. A section specifically reads, “The new townships are targeted specifically to the middle and upper income group segments.”

So there we have it. Confirmation that the ‘new’ Lippo Karawaci is indeed working to fulfill the mission of attracting a new type of inhabitant: one with more money.

In closing, it should be stated that at times change is necessary in all walks of life, and sometimes it can be for the better. However, as one who has spent close to fourteen years now living and working in the Lippo Karawaci community, I am not sure that can be said to be true in this case.

15 Companies That Help Expats Do Business in Indonesia