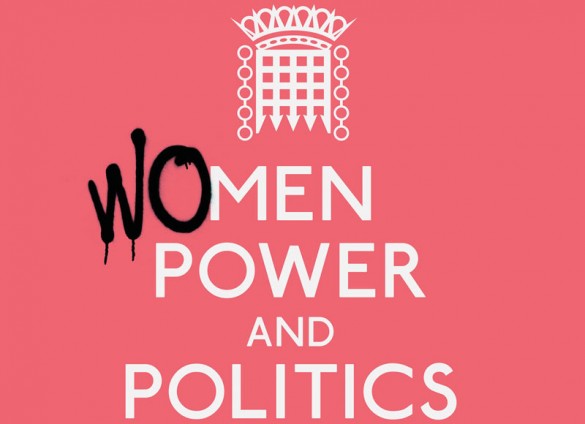 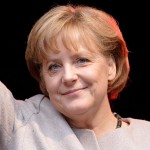 As things stand, only one major country in Western Europe – you know, that bloc with good football,liberal values and rising unemployment – boasts a single woman leader: Angela Merkel, Chancellor of Germany.

That’s it, just the one. The USA, the greatest country in the history of the world (TM CNN and Fox News), has yet to have one. Ever. There has been talk Hilary Clinton may stand in the next elections due to be held in 2016, but three and a half years can be a mighty long time in politics. And anyway, wouldn’t she just be riding on the coat tails of her old man, Bill, a previous incumbent of the White House? 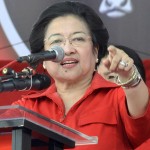 Meanwhile over here in conservative, patriarchal Asia it seems society has been much more accepting of the idea of having women heads of state. In the wreckage that was Indonesia post Suharto, Megawati Soekarnoputri became President and the symbol of reformasi before losing the 2004 general election. 10 years on she remains highly electable if the polls are to be believed. Name recognition helps of course, as her father was an Indonesia’s first leader.

Thailand has also entered the women leader’s club with Yingluck Shinawatra currently their serving Prime Minister. Brother of Thaksin, a former PM currently in exile, she has struggled to 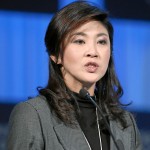 reconcile a country following years of political instability, as well as an ongoing insurgency in the south of the country.

Bangladesh rarely makes the news. A disaster will, but nothing else. However, this South Asian nation has been ruled by women since the 1990s. The same two women. The current leader is Sheikh Hasina, appointed in 2009 for her second spell. The daughter of Sheikh Mujibur Rahman, Bangladesh’s first post independence president, she has been forced to live in exile, has been the target of an assassination attempt, charged with corruption and murder, but still hangs on in there as the Awami Leader. 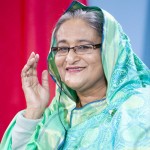 In a neat twist on job sharing, Hasina has rotated the Bangladesh hot seat with Begum Khaleda Zia from the rival Bangladesh National Party. When Zia took over in 1991, she was the second ever female leader of a Muslim country (we’ll come to that later) before stepping down in 1996. After Hasina had her five years, Zia was back in 2001 until 2006 when the military, tired of the political deadlock, stepped in for a few years. Zia was married to an army officer called Ziaur Rahman who became President of Bangladesh in 1977 before he was assassinated in 1981. 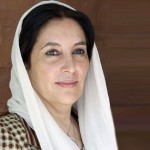 The first woman leader of a Muslim country was Benazir Bhutto, who ruled from 1988 to 1990, and 1993 until 1996. She remained a strident voice in the murky politics of that country from exile in the UK before returning in 2007 and being assassinated at a political campaign. Benazir was the eldest child for Zulfikar Ali Bhutto, a former Prime Minister who was sentenced to death for authorising the murder of a political opponent by a subsequent ruler.

So far we have been around four Asian countries, all but Indonesia have freely elected female leaders; Megawati was vice president before replacing Abdurahman Wahid after he had been removed from the position. But in each case the women in question have not made their own way in the cut and thrust, and downright ugly, world of politics. Rather, they have been catapulted into positions of power on the basis of their name alone. It is politics as a brand; dynastic politics.

The story is depressingly familiar in countries like South Korea, India and the Philippines, where political parties have coalesced round a woman sharing the same DNA, genetic at least, as one time leaders. Looking to break the cycle seems to be a forlorn hope, at least in the short term. Despite her previous stint as president, which was blighted by allegations of indecisiveness and dithering, Megawati remains a player in Indonesia, popular out in the kampungs and districts who perhaps identify with the family name as a string of continuity, while the world around them changes. 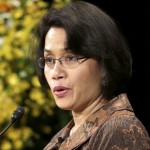 There are mumblings among certain sections of the Jakarta elite about Sri Mulyani as a possible candidate. Highly regarded as a competent finance minister, she was shifted to the World Bank during a political cat fight. Despite the messages of support from Jakarta’s coffee shops there was never any chance the rest of society was going to be attracted to her. It doesn’t matter what moves she implemented to improve the state’s tax take, or how clean and competent she was seen as, out in the villages far from Jakarta that is never going to be enough to attract votes.

Patronage still rules. Big powerful figures and families attract local leaders who act as vote banks, and the people best equipped to play those particular games are those with the name and brand already well established. Hence, polls often show military candidates faring well – a nostalgia for the stability and security of days of yore, tinted lens or not. 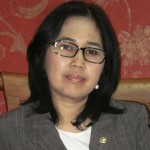 Sri Mulyani, with her experience of gilding round the top tables of international finance, just doesn’t fit into that world, nor does Eva Kusuma, or others. Increasingly, political parties and voters have been turning to other well known faces to attract voters and the 2009 election saw a collection of singers, actresses and other celebrities become lawmakers.

The country at least is moving in the right direction. A law passed last year stipulated 30% of sitting politicians should be women, although whether stuffing the house with a bunch of sinetron’s finest is going to improve the standard of politics in this country, remains to be seen. Indonesia is still, unfortunately, some time away from appointing a grocer’s daughter in the way the British did with Margaret Thatcher back in 1979.