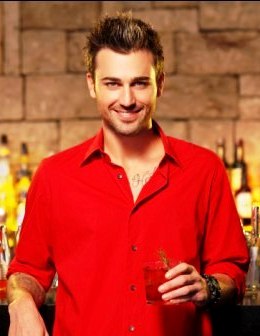 Indonesia’s political philosophy is “Unity in Diversity” or “Bhinneka Tunggal Ika” as every school child learns in the second grade of primary school.

You only have to look at the statistics on inhabited islands (922 permanently inhabited of over 17,000), languages (719, of which 709 are living), religions (five recognized by the constitution), races (Javanese 45%, Sundanese 14%, Madurese 7.5% = 2/3rds from Java and Madura, coastal Malays 7.5%, other 26%) . . to realize the country needs this basic political principle of “Unity in Diversity”.

Now put that against the major causes of social unrest and it is not surprising that we find that land disputes (13% of all disputes nationally) are the second biggest cause of conflict in the country after criminal activity (16%) and that land disputes are more likely than other disputes to turn violent. See graph below

Living alongside “the neighbour from hell” is not a recipe for a peaceful or harmonious life.

Major causes of land disputes are boundary issues and denial of access to one’s own property. This may express itself as the neighbour next door in your already narrow gang insisting on putting plant pots out to beautify “their” section of the gang or, worse still, purchasing from the land owner part of the land of the communal gang and then deliberately and now legally using it to park their family car(s) on part of what is taken to be communal gang land and thereby denying access to all the other residents along that gang.

So how are such land disputes going to be resolved to everyone’s satisfaction within our lifetime?

When there is a land dispute, the traditional – and still most frequently used strategy – is to go to the Kepala Desa or Kepala Desa Adat (the Village Head or Head of Village Customary Law) provided they are seen as impartial and not open to being bought. Built into the Indonesian constitution and organization of civil society is the idea of rukun or harmony and musyawarah-mufakat or ‘meeting until a mutual consensus agreement’ is reached. Let everyone cool down, get impartial parties involved – and most of all listen to common sense – these are age-old disputes which need to be resolved peaceably so everyone can move on to fulfil their higher needs in life. See graph below

Disputes over land, like religion, can divide families and neighbourhoods into two or more factions.

Indonesian civic society has adopted the customary practices of consensus decision making called musyawarah-mufakat (deliberation and consensus) as a basis of its democratic stability. This process allows for each party to express its wishes and the reasons for its position, and the job of the negotiator, the customary law overseer (Kepala Desa Adat) on behalf of the community, is to reach a compromise which is acceptable to each party.

Many other societies, national governments and international institutions such as United Nations, the North Atlantic Treaty Organization NATO, and the European Community Heads of Government adopt the same processes, only moving to a majority vote after a long process of deliberation where no consensus or grand bargain can be reached.

This is the system of government throughout Indonesia, from banjar through to local and National Parliament, the DPRD and DPR. The last two plus years of the Obama administration has been like this – every major decision going to the wire before a less than optimum solution is reached a few days after the deadline has passed. Here, everyone can claim they did not cave, and that what was achieved in the end was the “best deal possible” – a grand bargain.

The justification for adopting this principle or approach are many and varied.

In Javanese society confrontation, and resulting loss of face for the loser, is to be avoided at all costs.

In the education of its youth, Indonesia places great emphasis on the development of its citizens to menjadi warga Negara yang baik – to be a good citizen in a country which celebrates its Unity in Diversity through being satu tanah air, satu bendera, satu bahasa (Sumpah Pemuda) – one country, one flag, one language – as first declared in the Youth’s Oath adopted on 28 October, 1928.

True its first two Presidents’ abused this consensus politics through their authoritarianism. They placed people that owed them their livelihoods and positions of power – governors, members of the army and police, those in their own party – in the DPR to ensure they got their way.

It is important to realize that achieving the grand bargain is the pinnacle in terms of any solution, whether political, economic or in the wider society: it is the best of all possible worlds. And within Indonesian politics, and society more generally, this is often achieved. Its main negative is that it is inefficient – taking a long time to reach consensus – but also that issues in the “too difficult” category can remain unresolved for years and result in a feeling that the system itself, by the very fact no decision is made, is unfair, unjust.

But we need to be realistic, too. It is common in Javanese culture to appoint an intermediary, a negotiator, whose job it is to find a solution which is acceptable to both parties. Often a personality who is respected by your opponent is chosen as they will be more readily accepted and will often be seen as being impartial, whereas in reality their job is to negotiate a solution which ultimately favours their paymaster. The difference is that while you know you are being screwed, if you can negotiate even small concessions, you may feel appeased and that the effort was justified.

This process or strategy dates back to at least the time of Pluto and has been developed, since the mid-twentieth century, by mathematicians and has been applied in many spheres of life. The maths develops a “pay-off matrix” whose function is to find the minimum you have to pay or lose to adopt the grand bargain solution.  Each party will seek out the best solution for themselves and so it rationalizes each party’s position by placing a monetary or other value on the grand bargain.

Side agreements are allowed, where a party who is prepared to pay a lot finds another party who is prepared to accept a lower amount for them both to obtain a win-win solution. This economic efficiency is sought out by each player so that all players eventually achieve the lowest cost solution for them. Then the negotiator brings all parties together in public to show their explicit support for the grand bargain reached. This is also the essence of game theory where the objective is to gain consensus for an optimal solution, the grand bargain, in which each party has sought out and achieved the best compromise outcome they can. The theory also shows, what is observed in practice, that the more players there are, the less likely a grand bargain is achieved. In which case, the negotiator goes to Plan B, majority voting, where those who do not achieve their goal lose out completely and so often “opt out” of the majority solution.

Back to our gang land dispute. You either resolve it peacefully, go to war, or sell up and move on!

The Mapping of Java

A Brief History of Tobacco