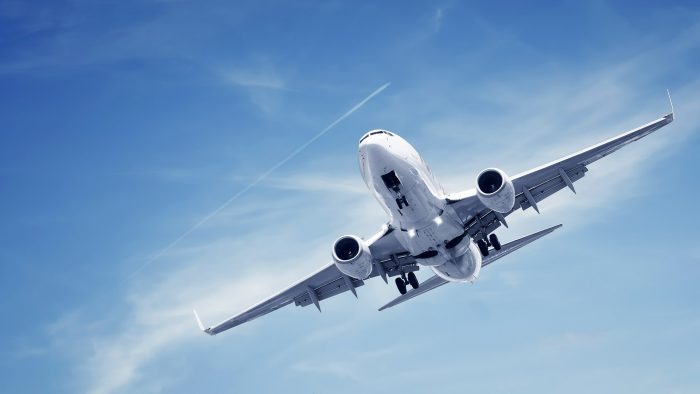 Air travel scams are common, but more worrying is that Indonesian airlines have been ranked among the most unsafe in the world. Despite that, it’s still safer to fly than to drive.

Travellers seeking cheap airfares may be duped into buying fake tickets offered through social media and text messages. Some Facebook pages mimic those of airlines and offer fantastic promotions, luring people into making payments via ATM or credit card. Scammers may make bookings but never pay for them, so the victims only learn they have been ripped off when they try to check in at an airport. Such scams are easily avoided by booking via the actual sites of airlines or by using reputable travel agents.

Other fake Facebook pages for airlines offer lucky draws for free tickets just for clicking on the ‘Like’ button or ‘sharing’ an image and posting a comment. At a glance, these pages may not appear to be scams, as they are not asking for money. They are actually ‘like-farming’ or ‘like-baiting’, which was banned by Facebook in late 2014. Pages with high popularity ratings can be used to spread malware through malicious links, or to collect people’s information to sell to marketers. They can also be sold to cybercriminals who then offer fake products or phish for credit card details.

Offline, there are plenty of scams on the ground at airports. At Jakarta’s Soekarno-Hatta International Airport (actually located in Batam province), the main targets for scams are female migrant workers seeking their fortune as maids. Many have been coerced into paying exorbitant amounts for allegedly incomplete documentation before being allowed to leave the country. On their return, maids have been forced to change money at false rates and to take extortionately priced transport back to their hometowns.

Foreigners are also often targeted, taken aside to interview rooms to pay bribes for spurious offenses, such as travelling with a bottle of alcohol on a domestic flight, or having a return ticket with an airline different to the airline they arrived on. Some officers have no shame in requesting cash, electronics goods or clothing from tourists. Sometimes, customs officers solicit bribes to expedite the release of imported goods.

Outright theft also occurs. Police at Soekarno-Hatta recently arrested four employees of Lion Air, the country’s biggest airline, for allegedly stealing from passengers’ luggage. One suspect told police he had been forced – by threats of physical violence – to take part in such thefts since he joined Lion in 2014. He said the proceeds were split with security guards. Airport police later said at least 12 of Lion’s baggage handlers were involved in the syndicate. An official from Lion, Daniel Putut Adi Kuncoro, admitted the airline was suspicious when some staff had been leaving work with five to six mobile phones.

News of the thefts sparked concerns that crooked baggage handlers could plant drugs or even explosives into bags being loaded onto planes. Also worrying is the prospect of incapacitated pilots. Four Lion Air pilots have been arrested for drugs over the past five years. That’s just a fraction of the airline’s more than 1,000 pilots, who earn from Rp.45 million upward per month depending on seniority and hours flown. Lion has been criticized in the past for running a pay-to-fly scheme, referred to as ‘line training’, in which aspiring foreign pilots could pay US$44,000 for 500 hours of flying experience before they started earning under four-year contracts.

Far worse than theft, extortion or safety concerns is being murdered by an airline. That was the fate of Munir, the country’s foremost human rights activist, who in 2004 was killed while in transit on a Garuda Indonesia flight from Jakarta to Amsterdam. During a stopover at Singapore’s Changi Airport, an off-duty Garuda pilot named Pollycarpus Budihari Priyanto, who had been assigned to the flight at the behest of the State Intelligence Agency (BIN), put a lethal dose of arsenic into a cup of coffee and gave it to Munir. The activist reboarded the flight and died in agony about seven hours later.

Garuda has never apologized for killing Munir. Instead, it challenged lawsuits by Munir’s widow all the way to the Supreme Court, which in 2011 ordered the airline to pay compensation. Pollycarpus was in 2005 sentenced to 14 years in jail for the murder. He was released a year later after the Supreme Court overturned his conviction. The resulting public outcry and criticism of then-president Susilo Bambang Yudhoyono led to a judicial review and Pollycarpus was in 2008 sentenced to 20 years in jail. The Supreme Court then cut his sentence to 14 years and he was paroled in late 2014 under the watch of President Joko Widodo.

Garuda’s former president director, Indra Setiawan, served one year in jail for his complicity in the murder. The masterminds of the assassination have never been punished. The BIN officer who communicated with Pollycarpus in the period surrounding the murder, Muchdi Purwopranjono, was acquitted by South Jakarta District Court in 2008. Authorities have rejected subsequent efforts to reopen the case. Muchdi was most recently in the news last October for suggesting the National Commission on Human Rights be disbanded.

Indonesian airlines have long been criticized for poor safety. The country’s commercial aviation sector was for decades dominated by Garuda, which began operating in 1949 as the national carrier. In 1962, state-owned Merpati was founded to serve remote domestic locations. In 1969, two private airlines were launched: military-owned Mandala and Sempati. In 1970, a logging businessman founded Bouraq Airlines so he could fly more regularly to Kalimantan.

In 1983, Indonesia had only 5.6 million air passengers. The number climbed to 17 million by 1996, then plunged to 8 million in 1999 because of the Asian financial crisis. Deregulation of the aviation industry in the same year saw the emergence of numerous budget airlines, including Lion. By 2014, there were 94.5 million air passengers and 26 commercial airlines.

AirlineRatings.com this month rated Indonesian airlines as being among the least safe in the world.

The website’s annual survey covered 407 airlines, which were given ratings ranging from one star (the most unsafe) to seven stars (the safest). Of 10 airlines awarded a one-star rating, nine came from Indonesia: Batik Air, Citilink, Kal-Star Aviation, Lion Air, Sriwijaya Air, TransNusa, Trigana Air Service, Wings Air and Xpress Air. Garuda was awarded a three, while there was no rating for Susi Air, founded by Maritime and Fisheries Minister Susi Pudjiastuti.

The website says its ratings are based on audits from aviation’s governing bodies and associations, and the airlines’ own safety data.

Last year, more than 200 people died in air crashes in Indonesia. In June, a Hercules military transport carrier went down in North Sumatra, killing 143 people. In August, a Trigana flight crashed in Papua, killing 54. In October, an Aviastar plane crashed in South Sulawesi, killing 10. Officials have admitted there are insufficient aviation inspectors to audit airlines for compliance with safety standards.

When you take your next flight, consider that most airline deaths worldwide in 2015 were caused by malicious acts rather than accidents. That may not be so reassuring if Indonesia is now witnessing a resurgence in terrorism, but worse things happen on the roads than in the air.