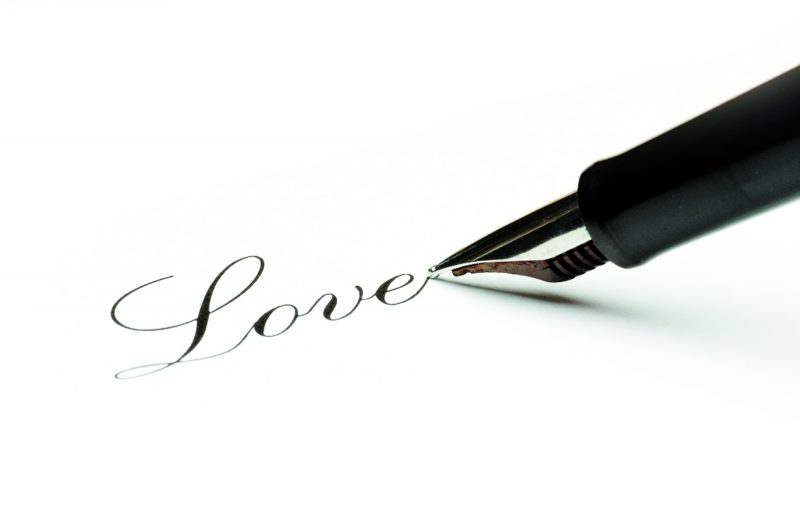 I have vivid memories of my early years, and no trouble recalling my first Valentine’s Day. I may have been six when our modest school became a-buzz with its own internal postal service. Big red boxes covered in hearts had been installed the previous week and Valentine’s cards poured forth from sticky craft lessons. So, with trinkets and tokens made and bought, English classes were then given to learning how to adorn them with correctly spelled names and even more sticky sentiments. Of course, being at such an age, addressing cards to girls wasn’t deemed cool, so all our romantic prose went to the friends we sat with.

Then came the day of days, a Friday morning after a fun assembly when the post boxes were raided and individuals preordained to become prefects and members of university student unions delighted in controlling the mail. I remember the cards deluging tables and the pecking order of popularity being laid out for the next 15 years of our academic careers.

Needless to say, I averaged around two cards a year, which went into rapid decline after our first sex education lessons, and then dropped into minus figures when I blossomed with acne. For such reasons are my memories of my early years still vivid. I’m approaching 40 and Valentine’s Day still gives me the shivers. Still, at least I never went home with armfuls of cards from people named Darren and Gavin.

Then I went to other countries. And no wonder. It was an eye opener to see how things were done on this day of days in South Korea. I’d been quite sternly raised by society to believe that Valentine’s Day had a definite romantic connection. Therefore, as a teacher, it felt a bit awkward receiving cards from kindergarten students. Then to see students writing Valentine’s cards to their brothers and sisters and mothers (never their dads, strangely), I just wanted to break up proceedings and explain a few fundamentals. But I found the same in Morocco and Greece and had to wonder.

Then I twigged. It’s all crud.

The Greeks have a bunch of words for love which escape me, but I know they at least cover:

Romantic love as expounded in Disney cartoons and somehow encapsulated in Italian cooking, represented by roses and that muscle for which we spend half our lives in fear of giving out. It is this love that supports whole economies with the blessing of wholesome religious establishments.

Love of family, which as stated above, is paid homage to once a year with a pink card.

Mature love, as with spouses in old age. There’s no market for this.

Unconditional love, such as for your children after they put you in a home.

Love of self (not just narcissism, but the positive self-assured kind). This is the free love available to us on a daily basis. It is the wheat and barley of our time, the mead and sour wine. How perked up do we feel each time we get an erect thumb on Facebook and the like, and how much time do we spend searching for it, sure that we have something brilliant to say because, on social networks, who doesn’t love us? I’ve often wondered where that happy thumb is really intended for.

Flirtatious love, which has sexualized minors for commercialized ends. My own daughter is in awe of all things fairy and princess, but these aren’t the same beasts as I grew up with. The Winx Club, for example, are basically mixed-race pole dancers below the age of consent, running endless airborne battles with their shallow and twisted counterparts, while wearing next to nothing. Before I get carried away, I’ll leave off with how some parents like to dress their daughters for a simple trip to the mall, or perhaps how some daughters like to be dressed after watching Winx Club.

I give up with it. It’s all too much. I prefer to do Valentine’s Day the other 364 days of the year. Then, I’m free to take pause and watch people who are really in love with life’s less obvious moments: a poorly-paid denizen taking his lunch break at a bakso stall, radiating contemplative inner peace as he bends to the noodles, dissects the balls and slurps the water. Of all the swanky restaurants, I’ve never seen anyone love their food so much as with a bowl of bakso.

And then there are the smiles, neighbourly interest and easy laughter, the revelations and wonder on the exhale of a rancid kretek; and people bringing souvenirs every time they return from afar. My wife’s family certainly don’t need a special day written on the calendar to pass gifts, and I’ve done very well out of the old cap tikus and home-grown pineapples (though I really wish they’d ease up on the sago cakes).

And at each the beginning and end of life, there are fanfares which are tenderly shared. Newborns are celebrated without Valentine’s permission, and oldens—like my grandmother-in-law—are watched over in their hospital beds day and night, her daughters never leaving her side. Where I might spend a week comparing nursing homes, these guys are there until the end, repaying in kind those who were there at the beginning.

My quasi-humorous observation is this: there’s the song, I Wish it Could be Christmas Every Day. What a dreadful thought! But if Valentine’s Day held the devotion of how my wife’s kin journey from the well-spring to the estuary of life, or the reflective patrons of bakso stalls everywhere, then maybe having Valentine’s every day wouldn’t be so bad. The way it’s actually done, however, even just once a year, leaves me wondering if the more we sell it, the less it’s really worth. Or maybe I’m just bitter (seriously, two cards!).